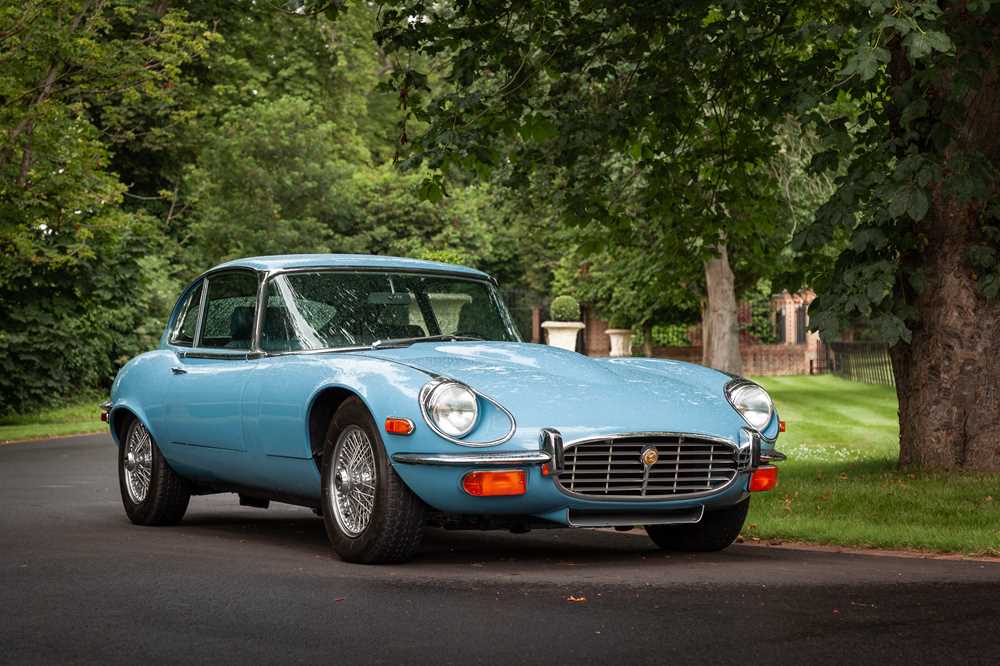 Believed but not warranted to have covered some 71,000 miles from new – a figure lent credence by the condition of what is thought to be its original Dark Blue leather upholstery – this decidedly handsome Series III Fixed Head Coupe has self-evidently been treated to much past restoration work including a total respray in Light Blue and the fitment of European specification bumpers front and rear. Pleasingly retaining its factory-fitted V12 engine allied to the preferred four-speed manual gearbox, the E-type was supplied new to America complete with the highly desirable option of air-conditioning (the latter remains in place and functions but needs optimising). NOVA’d with all relevant duties paid when imported by the vendor, the Jaguar has yet to be UK road registered but is expected to possess a fresh MOT certificate by the time of sale to go with its Jaguar Heritage Trust Certificate. Summed up by the seller as ‘a very nice, low mileage example’.

Last of the line, the Jaguar E-type Series III was introduced in 1971. Longer, wider and more comfortable than its predecessors, the newcomer blurred the lines between sportscar and grand tourer. Powered by a turbine-smooth all-alloy SOHC 5343cc V12 engine allied to either Jaguar four-speed manual or Borg Warner three-speed automatic transmission, the refined manner in which it performed (contemporary road tests spoke of 0-60mph in 6.4 seconds and 150mph) simply blew road testers away. Benefiting from a broader track, ventilated disc brakes, power-assisted rack and pinion steering and Lucas transistorised ignition, the Series III was visually distinguished by its 'egg-crate' grille, flared wheelarches and purposeful quad-exhaust pipes. Available in fixed-head coupe (2+2-seater) or roadster (2-seater) guises, it remained in volume production until 1974 (though, a special commemorative run of forty-nine black-painted roadsters was released the following year).