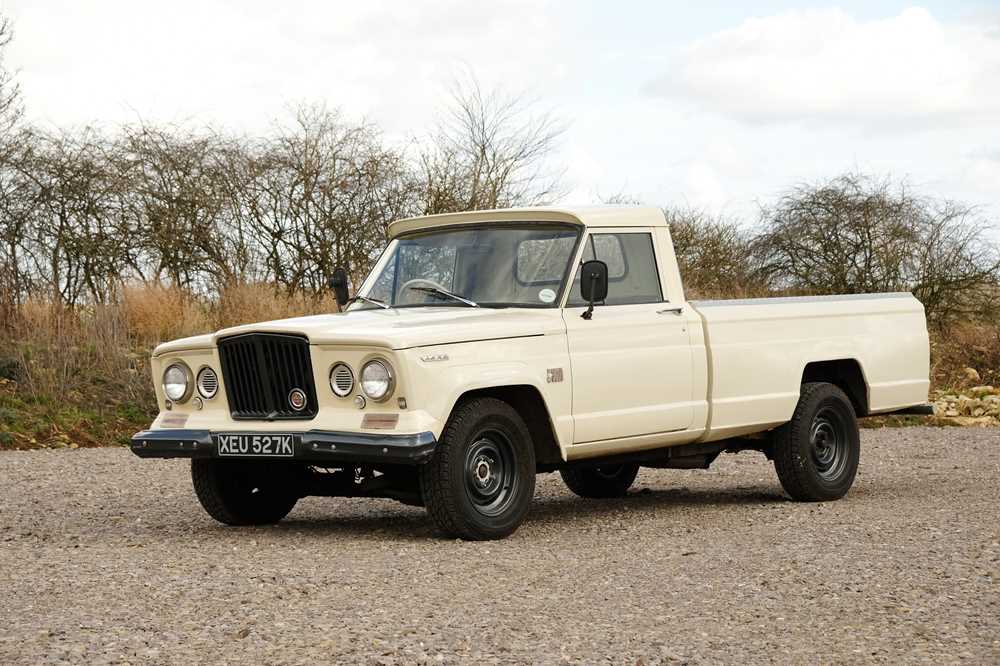 Introduced in 1962 for the 1963 model year, the Gladiator was a conventional body on frame pickup design that shared its basic frame architecture and front end with the Jeep Wagoneer four-wheel-drive station wagon. Gladiator trucks were available as: Cab and Chassis; Wrecker; Stake Bed; and chassis-mounted campers with extended wheelbases. The load bed options were Townside, Thriftside (a conventional bed, similar to a Ford 'Flareside' or Chevrolet "Stepside"), and Stake Bed, with up to 8,600 lb (3,901 kg) G.V.W. and almost two-ton payload capacity. A new overhead cam Jeep Tornado engine 230 cu in (3.8 L) straight-six producing 140 hp (104 kW; 142 PS) was standard. It was the first production overhead cam engine in an American light truck or SUV and one of the first OHC engines offered by an American manufacturer.

In 1967 all (RWD) two-wheel drive versions, except for the J-100 panel delivery, were dropped due to poor sales.

American Motors Corporation (AMC) purchased the Kaiser Jeep operations in 1970 when Kaiser Industries decided to leave the automobile business. The Jeep trucks moved to all AMC engines to improve performance and standardize production and servicing. The Buick engine was replaced by the 360 cu in (5.9 L) or 401 cu in (6.6 L) AMC V8s.

In 1970, the Gladiator's front grille was changed to the same design as the Jeep Wagoneer SUV. This was the truck's first styling change since its introduction. An AMC badge was also added on the grille.

Finished in Cream with a tan interior, this RHD Jeep Gladiator J3000 is one of the final models of its era, being manufactured in 1971. XCU 527K was imported from South Africa a few years ago and is offered with an MOT until October 2021.

Since arriving in the UK, the owner has completed a Lexus V8 engine conversion on the vehicle with automatic transmission. A Jaguar front axle has been fitted, providing power steering and disc brakes. New discs and calipers have also been fitted as well as a GPS speedometer, new rev counter and other additional gauges. The previous gauges show 65,000 unwarranted miles.

As part of the engine conversion, the ECU was sent to Relentless Motorsport in Texas for refurbishment and has a custom loom. The original fuel tank was also removed and replaced with a Jaguar tank fitted in a new compartment in the rear load bin. Finally, the engine received a new cambelt and spark plugs and is said to 'run smoothly' and the bumpers were refurbished, as well as the wheels, which now sit on four new tyres.