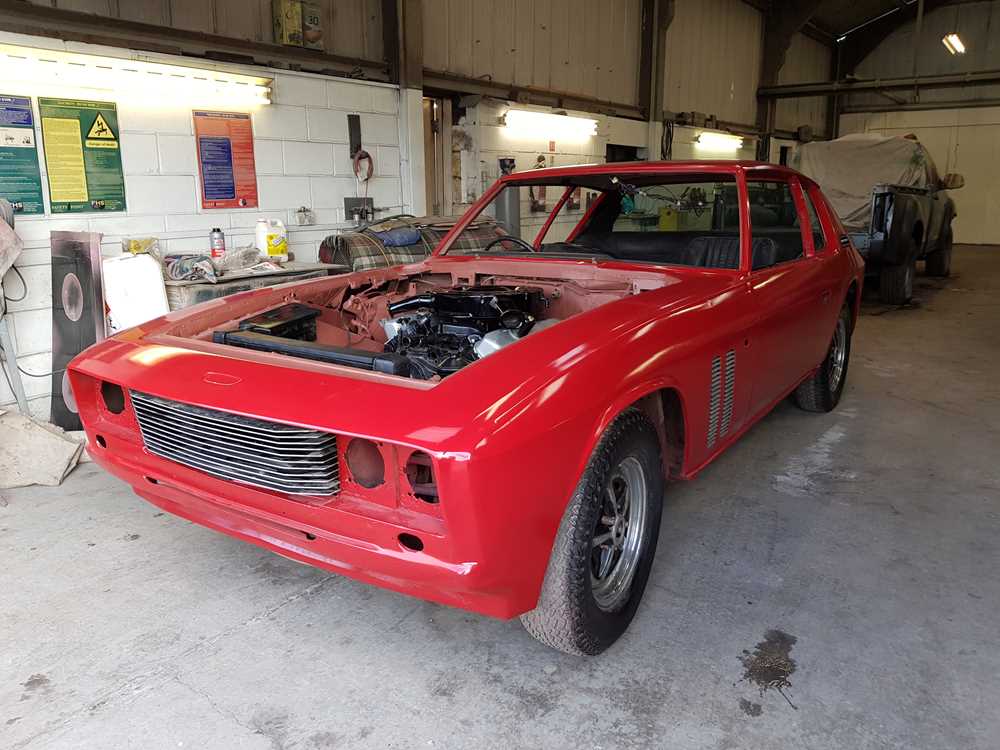 The Jensen FF is a four-wheel-drive grand tourer produced between 1966 and 1971. It was the first non-all-terrain production car equipped with four-wheel drive preceding the renowned and successful Audi Quattro and Subaru’s of many years later and featured an anti-lock braking system, the Dunlop Maxaret mechanical system, used hitherto only on aircraft, trucks, and racing cars. The letters FF stand for Ferguson Formula after Ferguson Research Limited who invented the car's system. Similar-looking to the rear-wheel-drive Jensen Interceptor but five inches longer and mechanically very different, it is distinguishable from the Interceptor by a few styling cues; the most obvious being the twin (rather than single) diagonal air vents on the front wing just rear of the wheel-arches.

Manufactured in 1970, ‘BGK 47H’ is one of just 107 FF II’s manufactured and is fitted with the 6276cc V8 engine mated to the three-speed automatic transmission. Entering into current ownership in 2002 as a restoration project, the Jensen had resided in the previous custodianship for approximately twenty years beforehand. Stripped down for some bodywork repairs, the Jensen has been stored for many years since and is now a scarcely offered example ready for restoration. Thought to be mostly complete (although the bonnet, lights and badges are known to be missing), ‘BGK 47H’ is accompanied for sale by a blue V5C document. A large selection of further photographs is also available on request.