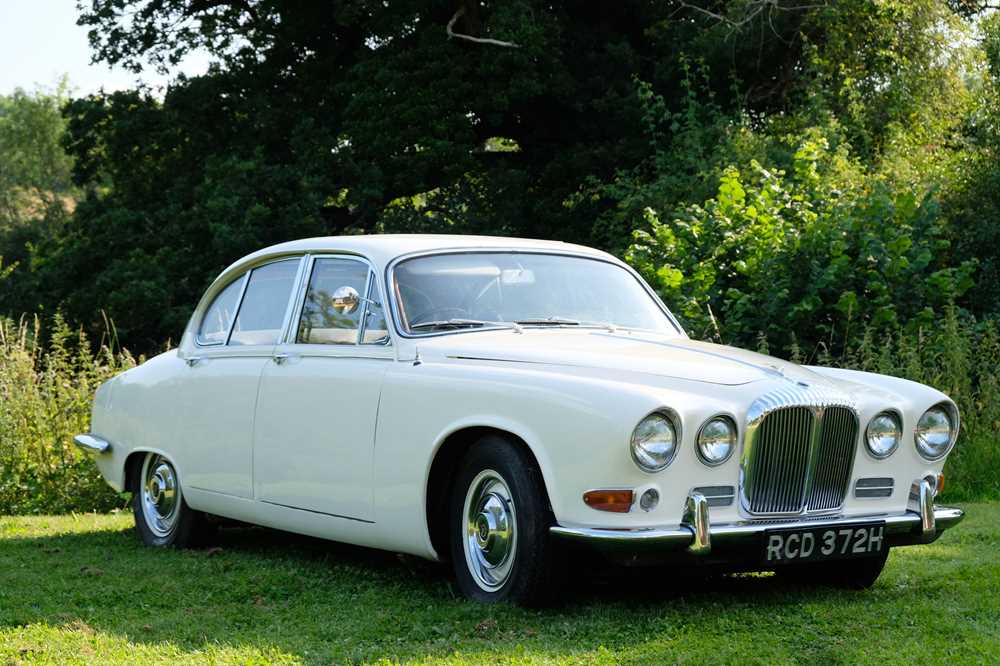 Part of a large private collection for over twenty-five years before entering the current ownership, ‘RCD 372H’ is believed but not warranted to have covered just 26,000 miles from new (a supposition supported in part by the condition of its original upholstery). Recommissioning by the vendor has seen the Daimler treated to engine oil and transmission fluid changes plus new filters as well as replacement cooling hoses and an upgrade to electronic ignition. Further benefiting from a thorough brake overhaul (new servo, master cylinder, discs, callipers and hoses), the Sovereign is said to ‘drive like an XJ6’. A rare survivor made doubly so by its factory-fitted sunroof, this appealing Daimler is worthy of close inspection.

Introduced in 1966, the Daimler Sovereign was a more luxurious version of the contemporaneous Jaguar 420. Differentiated from its badge-engineered sibling by means of a different grille and better standard equipment, it otherwise shared the same four-door monocoque bodyshell equipped with all-round independent coil-sprung suspension, disc brakes and a detuned version (245bhp vs. 265bhp) of the Jaguar MKX's 4235cc DOHC straight-six engine. In many ways a testbed for the forthcoming Jaguar XJ6's styling and mechanical layout, the Daimler Sovereign remained in production until 1969 by which time some 5,829 are thought to have been made. Among the rarest of the Browns Lane designed Daimlers, the Sovereign is a highly underrated motorcar.