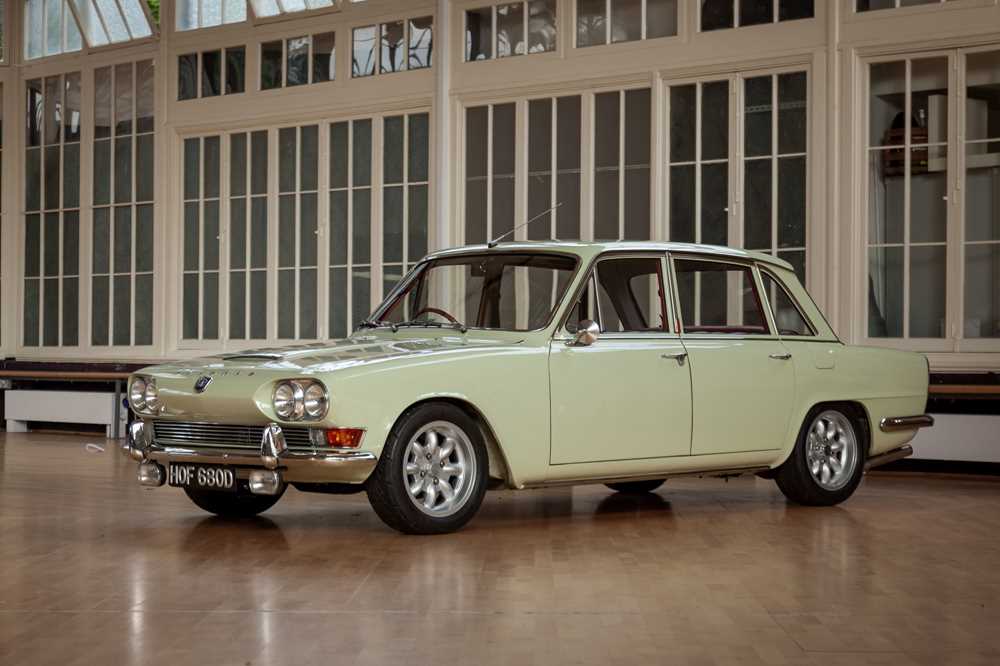 According to an article about this rather special Triumph - entitled ‘Don’t Hassle The HOF’ - which appeared in the February 2018 issue of SIXappeal magazine, the extensive restoration and upgrade programme that ‘HOF 860D’ underwent from 2013-2015 was commissioned by Charlie, the proprietor of MSM Motors in Bedminster, and overseen by his fellow garagiste Brad. As well as an extensive bodywork restoration, the 2000 had its engine uprated and its brake and suspension assemblies improved too. As well as a strut brace, the engine bay plays host to a modern alternator, alloy radiator and brake servo. Overhauled within the last few months, the 2-litre, straight-six engine boasts a ‘new race specification cylinder head with fresh valve gear’, tubular exhaust manifold and triple Weber carburettors. Finished in the appealing period combination of Cactus Green with Red leather upholstery, ‘HOF 860D’ is rated by the vendor as being in ‘excellent overall’ condition with regards to its engine, gearbox, electrical equipment, interior trim, bodywork and paintwork. Understood to be ‘the best in the country’, this tempting Triumph is worthy of close inspection. Offered for sale with V5C Registration Document and numerous bills from the likes of marque specialist Chris Witor, Rimmer Bros and Eurocarb Ltd etc.