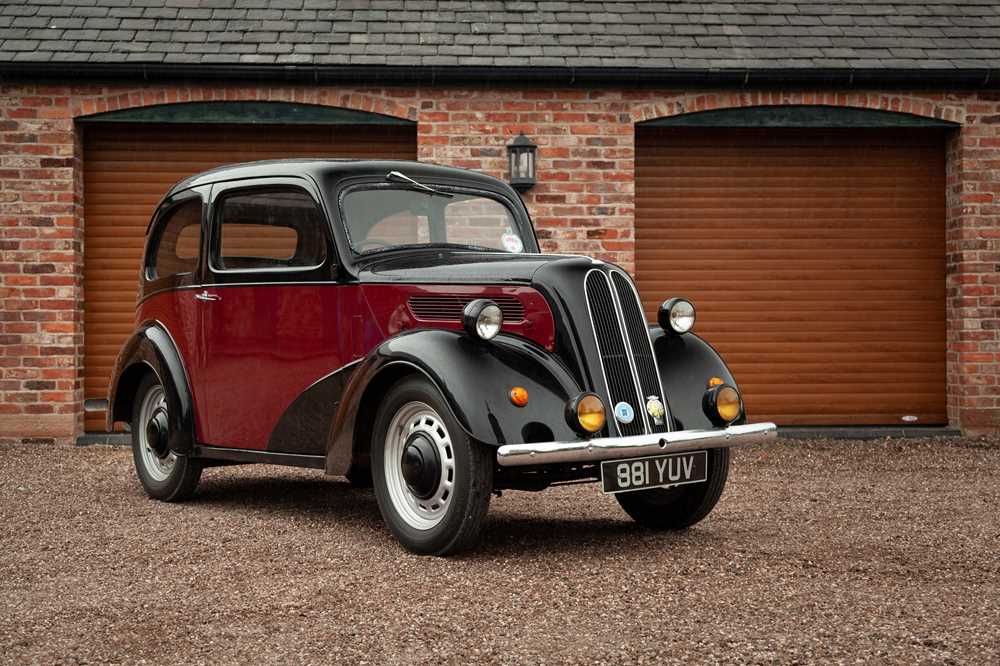 The Ford Motor Company was quick to restore postwar production in the UK, with the first 4-cylinder Anglias and Prefects coming off the Dagenham production lines in 1945. Initially, identical to the prewar models, they were mildly restyled in 1949 and gained Consul-like, full-width bodies and McPherson suspension in 1954, although 1172cc sidevalve engines were employed for a further five years. Meanwhile, the old Anglia with prewar styling was continued, though under the name Popular.

This Popular was manufactured in 1954 and was supplied new to the United Kingdom on the 12th of May 1954 and initially registered as ‘HFE 8’. Fitted with the 1172cc straight-four sidevalve engine with manual transmission, the Ford is finished in the attractive colour scheme of Red and Black, with Red interior upholstery. Showing six former keepers on HPI, the Ford entered into current ownership in 2013. Subject to a self-evident past restoration understood to date from the 1990’s, ‘881 YUV’ is offered with a history file that comprises a selection of older invoices and a current V5C.