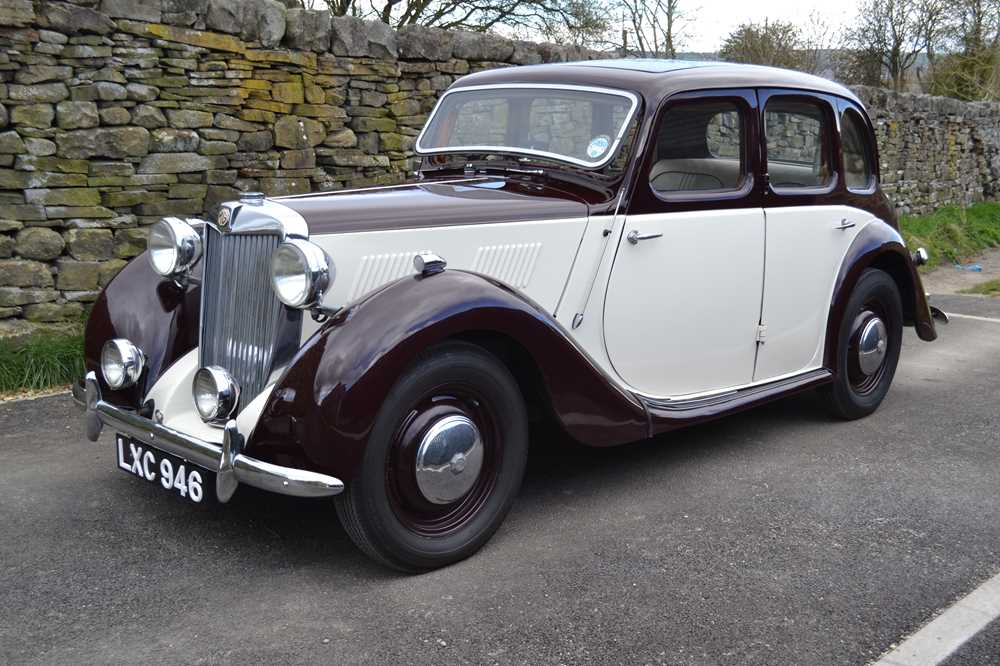 This YA was manufactured in 1951 and is fitted with the 1250cc four-cylinder XPAG engine with a four-speed manual transmission. The MG is finished in maroon and white two-tone paint, with cream leather interior upholstery. In previous long-term ownership between 1995 and 2013, the MG YA was restored in 2013. The restoration comprised bodywork remediation; repaint; wheel refurbishing; brakes overhaul; engine reconditioning and attention to the clutch. Understood to have covered just 17,380 miles from new (at time of consignment) and is offered with paperwork relating to the restoration and a current V5C showing five former keepers. Fitted with additional indicators on the rear for safety, the original trafficators are still in working order.

Introduced in 1947, the Y type saloon was an important car for MG. Boasting an all-new welded box-section chassis (later adapted for use on the marque's TD / TF sportscars) its sophisticated coil-and-wishbone independent front suspension was the work of Sir Alec Issigonis and MG draughtsman Jack Daniels. Equipped with rack and pinion steering, a four-speed manual gearbox and hydraulic drum brakes as standard, it was powered by the same 1250cc XPAG four-cylinder engine as the TC Midget sports car. Said to develop some 46bhp and 58.5lbft of torque, the single SU carburettor fed unit reputedly endowed the model with a 71mph top speed. Elegantly understated, the four-door saloon's handsome lines were the work of Gerald Palmer. Benefiting from a well-appointed cabin, the YA remained in production until 1951 (by which time some 6,158 are thought to have been sold).