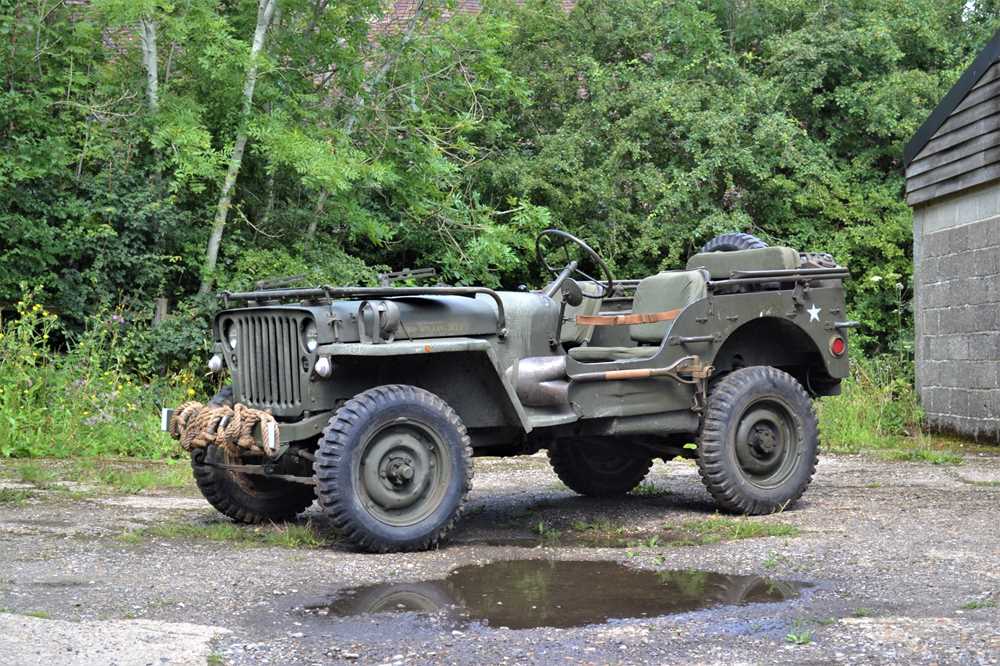 This 1943 example of the Ford GPW is thought to have served with the 6th Armoured Division during the Second World War before residing in Italy after the end of the war, being registered ‘GE 62652’. The Jeep is subsequently understood to have been painted in Green over the original paintwork, which is being carefully removed in areas and revealing the original wartime painted decals. Entering into the ownership Rex Harrison, the Oscar-winning film star who played Professor Henry Higgins in ‘My Fair Lady’ (Lerner and Loewe's great musical masterpiece) and Dr John Dolittle in ‘Doctor Do Little’.

The Ford GPW still retains many of its genuine WW2 features including the body-tub, front bumper, early bonnet, combat wheels shod with Firestone Bargrip tyres, very scarce lubrication bags, rare USA shovel and the canvas and frame are thought to be original too. Fitted with a period Willys MB unit (with engines commonly changed during WW2), the GPW has been subject to a 12-volt conversion. Miscorrectly declared as manufactured in 1947 by the DVLA, ‘XBV 227’ will be supplied with a letter from the IMPS (Invicta Military Preservation Society) and MVT (Military Vehicle Trust) stating the correct date of manufacture as 1943 for the DVLA rectification.

Imported into the UK in 2015, the Ford GPW is accompanied by a UK-plates which will be fitted in time for sale, copies of Italian paperwork and a logbook relating to Rex Harrison's ownership, two images with Rex Harrison in the Jeep including one depicting himself and Rita Hayworth and a current V5C. Subject to much mechanical fettling in July 2021 including engine and ignition system service, a new master cylinder, fuel system flush and new points, plugs and condenser.