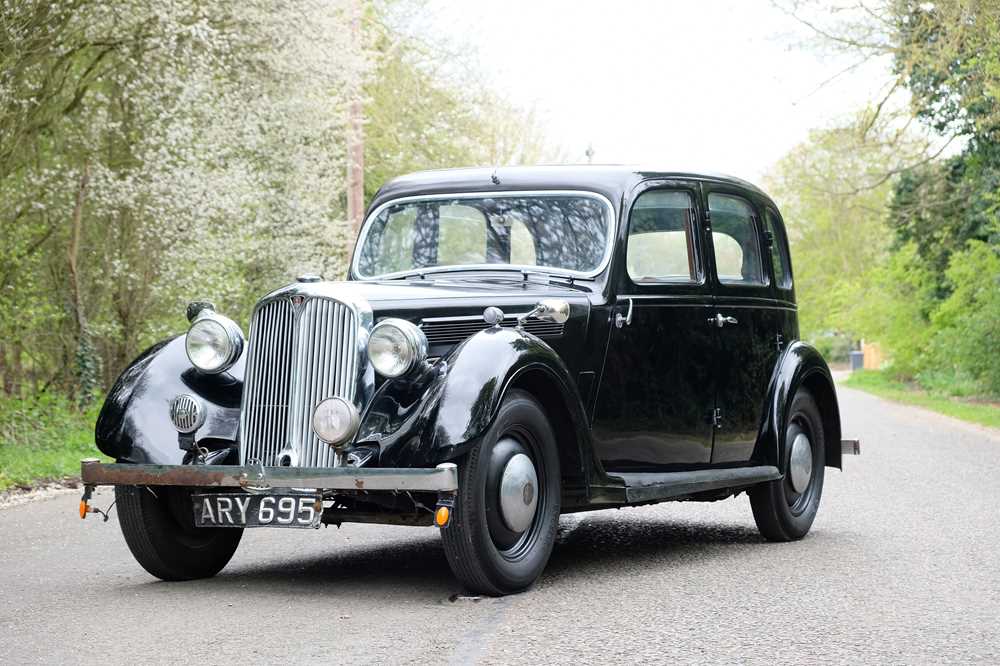 The Rover 12 was a name given to several medium sized family cars from the British Rover car company between 1905 and 1948. The first Rover 12 was the third car the company made and was launched in 1905. It had a four cylinder, water cooled, side valve, monobloc engine of 1767 cc. Fast forward to August 1933, the all new 12 was launched as part of the new range introduced by the Wilks brothers. It had a new 1496 cc, four-cylinder engine producing 53 bhp. The chassis was also new but based on the one seen on the 1933 Speed Pilot and was "underslung" going under the rear axle. The four-speed transmission featured a freewheel mechanism. The suspension was conventional with rigid axles and half elliptic leaf springs all round.

This Rover 12 6-light saloon was manufactured in 1936 and is presented in black with a green leather interior including a sunroof. ARY695 is believed to be an older restoration, with some photographic history and comes accompanied with a quantity of paperwork, including the original buff logbook, as well as invoices that suggest the previous keeper had owned the car since at least 2002 before he passed and the current owner acquired it. ARY 695 displays 48,908 miles on the odometer, and is presented with an MOT until 19 April 2022.