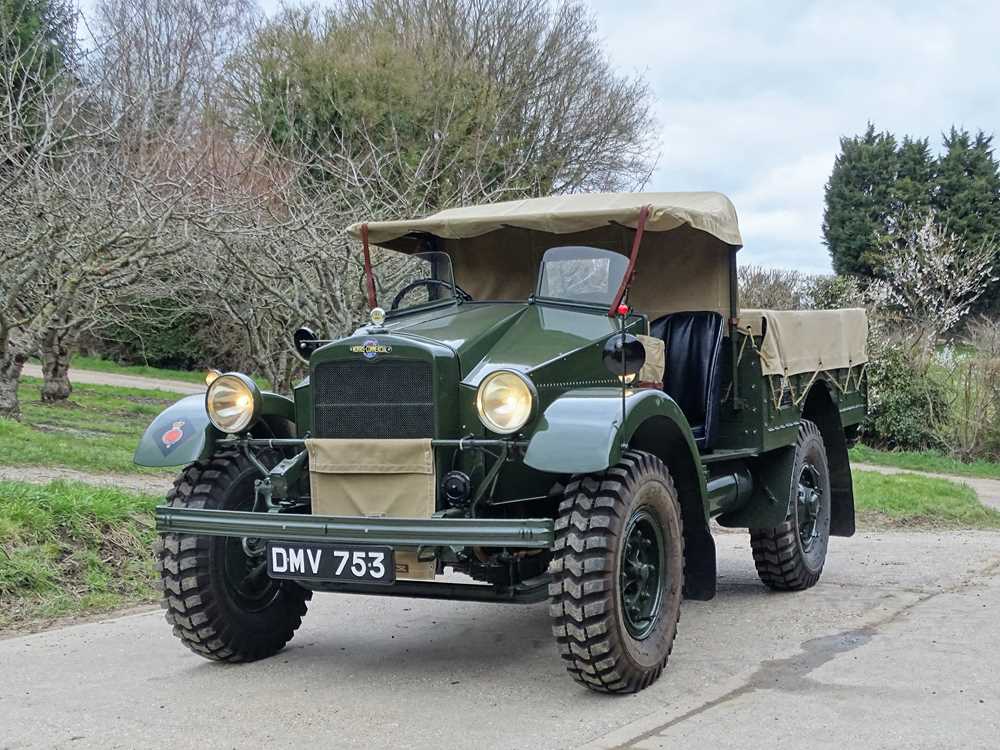 Deciding that it needed a new type of purpose-built General Service lorry in 1933, the British War Office issued a tender accordingly. The brief included the ability to carry loads of up to 15-cwt (1,500 pounds), a short wheelbase, semi-forward driver’s compartment and plentiful ground clearance not to mention the use of as many ‘tried and tested’ commercially available components as possible. Ford, Commer, Guy, Bedford and Morris all produced prototypes but it was the latter’s CS8 which entered production first. A derivation of the civilian C-Series, the newcomer was powered by a Six-cylinder, 3.5 litre engine and employed a circa 8-foot wheelbase (hence ‘CS8’). Entering service during 1934, the earliest versions were characterised by a rounded centre section bonnet, twin aeroscreens and canvas doors. The 4x2 Morris evolved through three Marks before being supplanted by the cheaper to produce, four-cylinder C4 for 1942. The CS8 proved its worth in Palestine but the majority of the 21,319 made were lost when the British Expeditionary Force withdrew from Dunkirk. Despite the model’s versatility as a temporary office, wireless station, water tanker, petrol bowser, 2-pounder portée and mobile compressor etc, survivors are decidedly few and far between today.

Presumed to date from late 1935, chassis 787CS8780 was issued with the War Office / Middlesex County registration number ‘DMV 753’ on 15th January 1936. Understood to be the earliest known surviving 1935/36 type CS8 with Mark II bodystyle, the Morris was reportedly ‘a very original vehicle’ when found by previous keeper, Rory Ballard, complete with ‘a 1938 military exempt tax disc’ and ‘details of its military Z number’. Renowned in military vehicle circles, Mr Ballard treated the General Service pick-up to an exhaustive 2,500-hour, chassis up restoration which included the fitment of a new old stock correct-type powerplant and thousands of pounds worth of parts. Unable to locate the appropriate BSF bolts for the body, he and his father fabricated suitable replacements that featured authentic rounded off heads. Beautifully finished in the proper shade of Bronze Green, ‘DMV 753’ is meticulously detailed throughout from its bronze petrol tank dipper to its lugged rear wheels (designed to accept chains for off roading). Indeed, the attention to detail shown by Mr Ballard would not disgrace a concours d’elegance field. Starting readily upon inspection, the vendor had no hesitation in demonstrating the Morris’s ability to maintain a 45mph – 50mph cruise on a nearby dual carriageway.

Featured on the front cover of the Invicta Military Vehicle Preservation Society’s ‘Imprint’ magazine in Spring 2020 and enjoyed on a Continental sortie to Hallincourt, this exceptional CS8 is worthy of close inspection and offered for sale with history file, handbook and tool kit. The nicest example we have encountered.