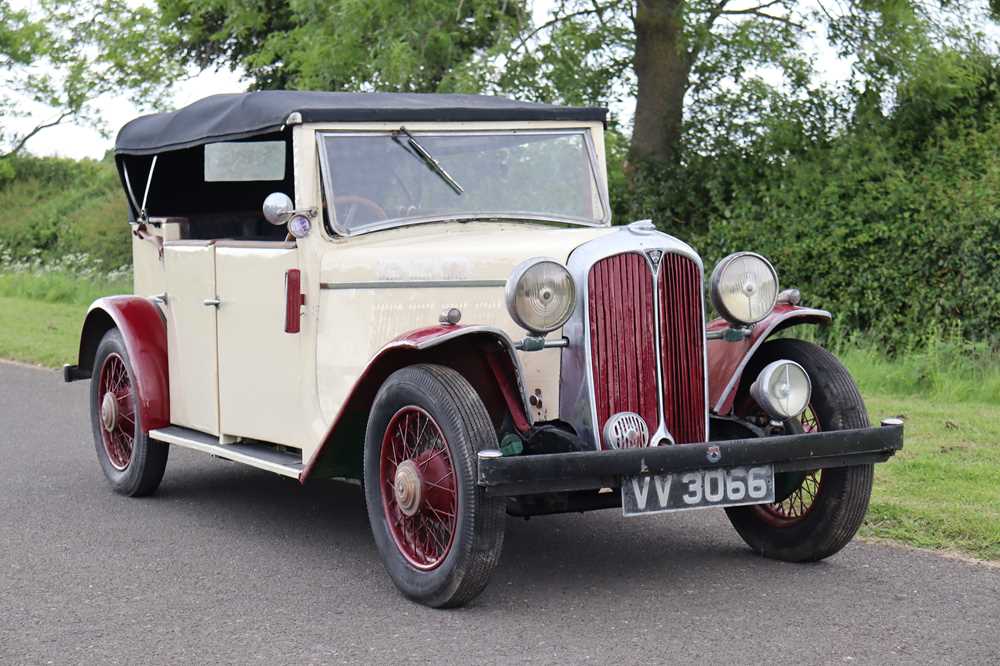 Brainchild of the gifted Wilks brothers who did so much to cement Rover’s reputation for quality engineering, the P1 model range debuted at the 1933 London Motor Show with the initial 10hp offering soon being joined by 12hp and 14hp derivatives. The latter featured a 1577cc OHV straight-six engine allied to four-speed manual transmission and was reputedly capable of some 70mph. Underpinned by a conventional ladder frame chassis equipped with all-round semi-elliptic leaf-spring suspension and four-wheel drum brakes, the 14hp could be had with a range of Saloon and Coupe coachwork.

First registered in Northamptonshire as ‘VV 3066’ during July 1934, this particular example is understood to have remained within the county its entire life. Supplied new by Arthur Mulliner or so the elegant plaque affixed to its dashboard would suggest, the Rover was last taxed for road use some eighteen years ago. Rebodied as a four-seater Tourer at some stage, the 14hp sports some unusual touches such as the wooden ‘dragon tail’ motifs affixed to each side. Showing no former keepers on its accompanying V5C Registration Document, this intriguing Rover has the makings of a rewarding project.