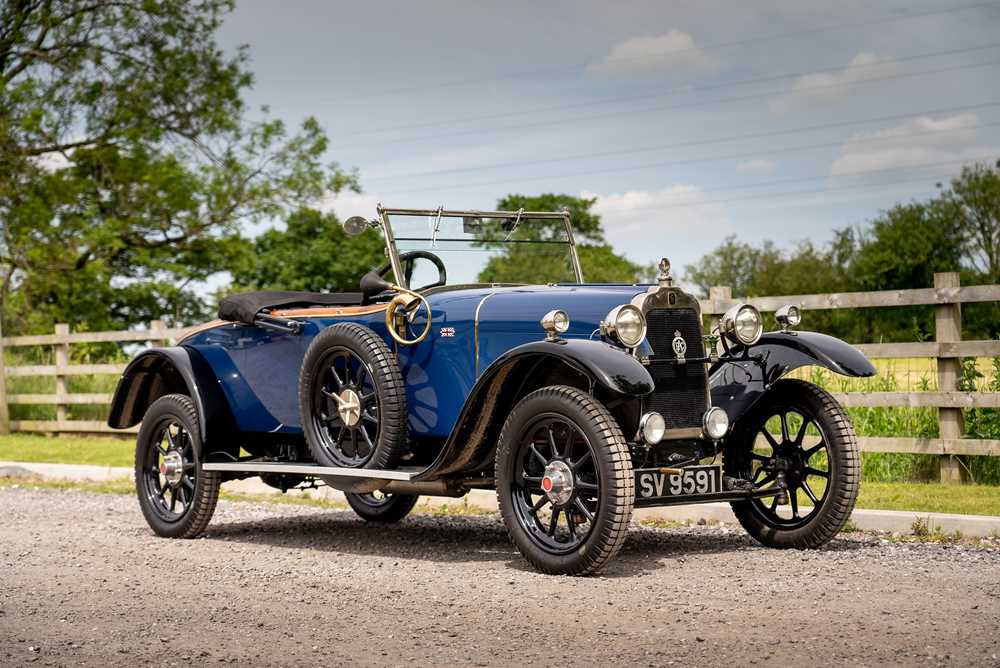 An evolution of the Louis Coatalen-designed Talbot 8/18, the Georges Roesch-revised 10/23 was introduced in 1923. Powered by an enlarged 1074cc version of its predecessor's innovative four-cylinder engine (complete with a three-bearing pressure-fed crankshaft, water pump, coil ignition and overhead valves) allied to a three-speed manual transmission, the newcomer also gained a differential and effective four-shoe drum brakes for its rear axle. Bodied in-house by Darracq, the 10/23 sat on a quarter-elliptic leaf-sprung chassis with a 9ft of 9ft 4in wheelbase and could be had with 2-seater, 4-seater, coupe, and saloon coachwork. Refined through L, T, and Z configurations, the model's 2,800 sales saved the London-based firm from bankruptcy. Of the 5,460 Talbot 8/18, 10/23 and 12/30 light cars made between 1922-1926, the Talbot Owners' Club estimates that just 50 have survived.

Understood to have been supplied new to Australia in 1925, being delivered on the 28th of March 1925 to a Mr. Adrian Eldhout Esq of Victoria. Fitted with the colonial engine with a radiator fan, the 10/23 was fitted with the Tourer body style upon arrival in Australia. The accompanying Government of Victoria Owners Certificate document commences in 1933 with the registered owner showing as Mr. Henry Cordner Esq of Murrumbeena. Passing through several keepers around the Melbourne area, the longest being a Miss Edna M. Mansfield for some seven years and subsequently a Mr. Gordon T. Douglas Esq from 1943 until 1952. The Talbot’s history is from then unknown between 1952 and 1989, until being repatriated to the United Kingdom in December 1989.

Having just five owners since arriving back in the United Kingdom, the Talbot entered into previous ownership in 2005 who retained ‘SV 9591’ until 2021. Subject to a body-off restoration in 2009, and is still worthy of close inspection now, the 10/23 has covered less than 100 miles since completion. Recently provided with a new set of tyres and a fresh battery in preparation for sale, the vendor rates the car as ‘excellent’ throughout. Finished in the appealing colour combination of Blue and Black, which is thought to be the original colour scheme from the early Australian owner's document, a complementary Black leather interior upholstery finishes the Talbot. Offered with a history file which details the known ownership; Production and Sales Record from ‘The Invincible Talbot’; the aforementioned Australian Owners Certificate; an original Instruction book; sales literature; invoices related to the restoration; a few previous MOT certificates; and a current V5C document.