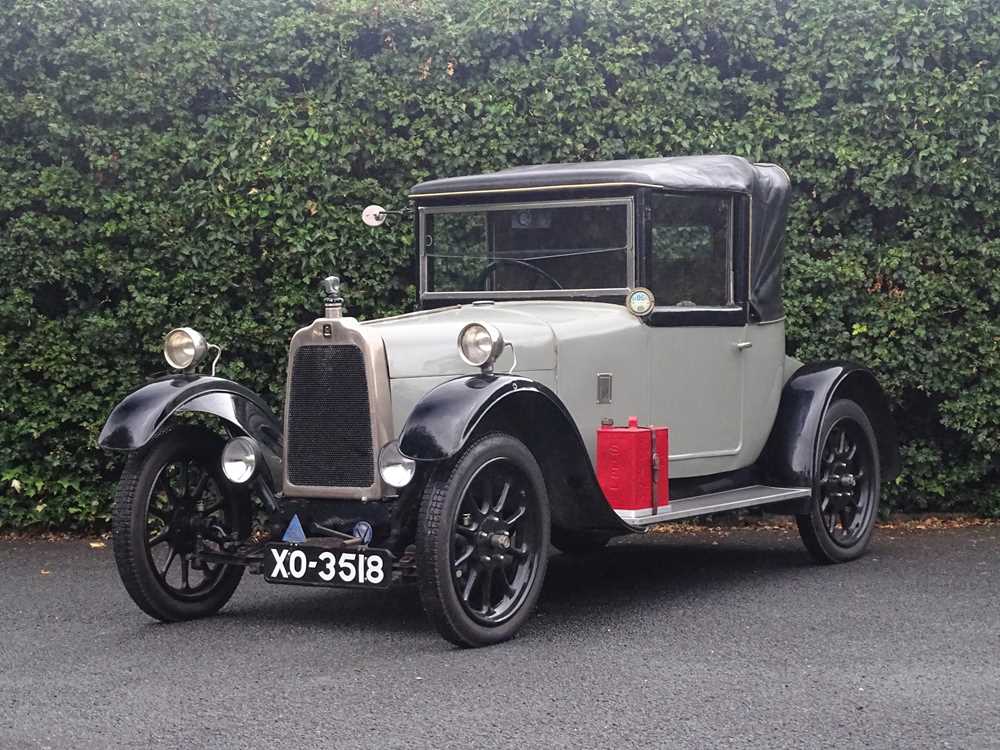 The first British built Talbot had made its debut in 1906 and following the end of World War One, in 1919, the company merged with Sunbeam whilst in 1920 a link up with the French Darracq company resulted in the formation of Sunbeam-Talbot-Darracq. For 1921, STD offered a light car in the form of the 970cc Darracq which was badged as a Talbot for the UK and marketed as the 8/18hp model. The four-cylinder OHV engine gave the car better performance than its direct competitors earning the design much acclaim at the time. However, to reduce costs a three-speed gearbox was utilised and a differential omitted. Designed for lightweight two-seater coachwork, public fashion was for larger bodies and the company was forced to stretch the capacity of the 970cc unit to 1074cc and create the 10/23hp model to be sold alongside the 8/18hp until their replacement in 1926. In the current ownership since 2013, this rare survivor is accompanied by a collection of invoices, Various club magazine, reproduction instruction book, collection of photographs, V5c and an original tax disc from 1935. Described as being in “good” condition ‘XO3518’ is finished in grey with black wings with blue upholstery.