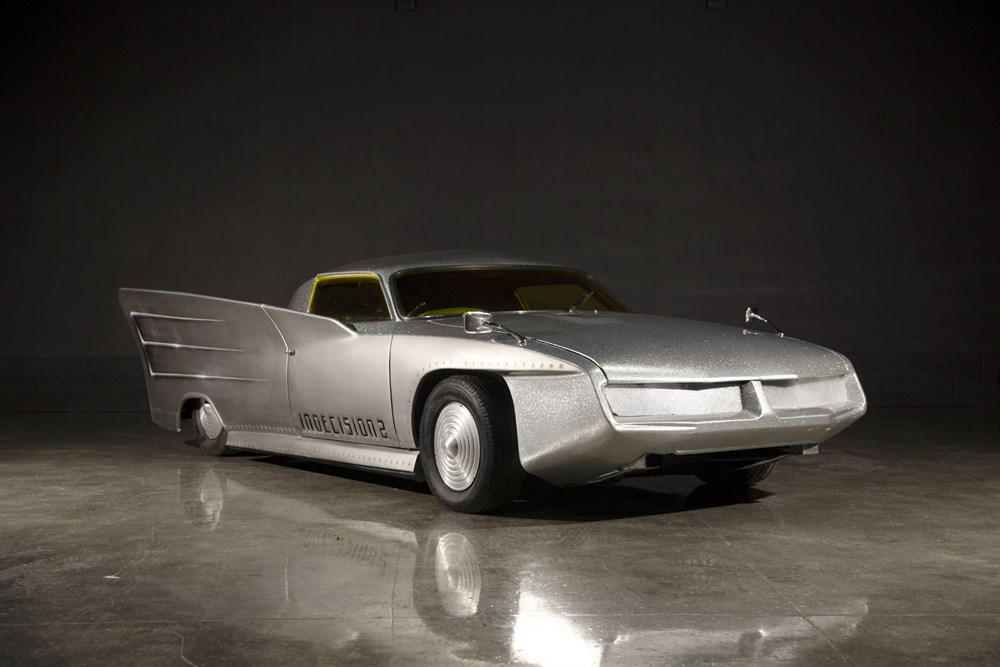 Adding to the futuristic look of the Citroen's original self-levelling suspension, which makes the car appear to float along the road. An added touch of luxury is the red heart-shaped bed that Andy fitted inside its tapering tail. Indecision was in a private car collection near London for many years but was ruined by a river bursting its banks and filling the car up to the windows with filthy water. Andy refreshed it in 2004 with the currect silver colour scheme for display in Style et Lux concours. Indecision is now in another private collection.
Share: