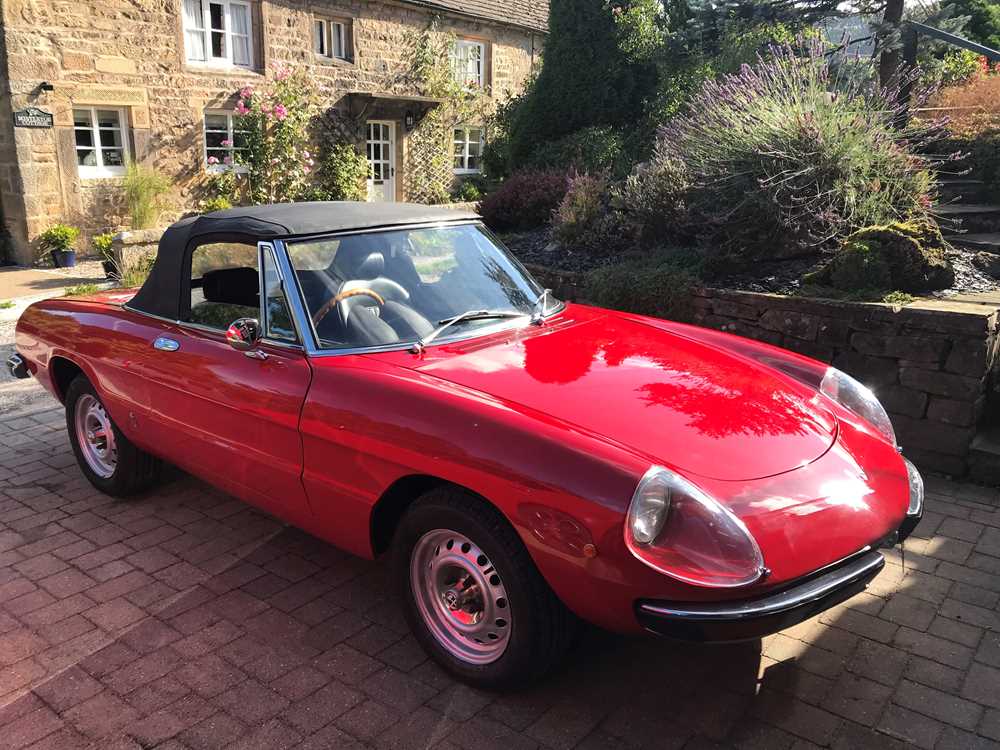 With the official launch taking place at the Geneva Salon, 1961, the pretty two-seater, then known as 'Duetto', is said to have been the last project with which 'Pinin' Farina was personally associated, and it was his company that produced the monocoque body at its plant in Grugliasco. The model was immortalised by Dustin Hoffman in the movie, 'The Graduate', of course. The Series 2 Spider arrived in 1970. The rounded tail now replaced with a distinctive 'Kamm' design and in 1971 engine capacity was increased to 1962 cc, prompting the name to be changed to 2000 Spider Veloce. With 131bhp on tap, this was the quickest Spider yet.

Offered here, this S2 Spider Veloce wears Alfa Rosso and has a Black interior. Displaying c.90,900 miles, restoration work has been carried out over the years. A 1962cc manual right-hand-drive, it has been in current ownership since August 2016. The body has been repainted and it has been subject to various mechanical renewals including brakes, clutch slave, various items replaced, wipers, door handles, lights, seats and door cards renovated, new tyres, suspension bushes, all mountings checked and renewed where necessary. It benefits from a new seat belts. The vendor describes the bodywork, engine and electrical system as 'Good' and the paintwork as 'Very Good’. V5C present.