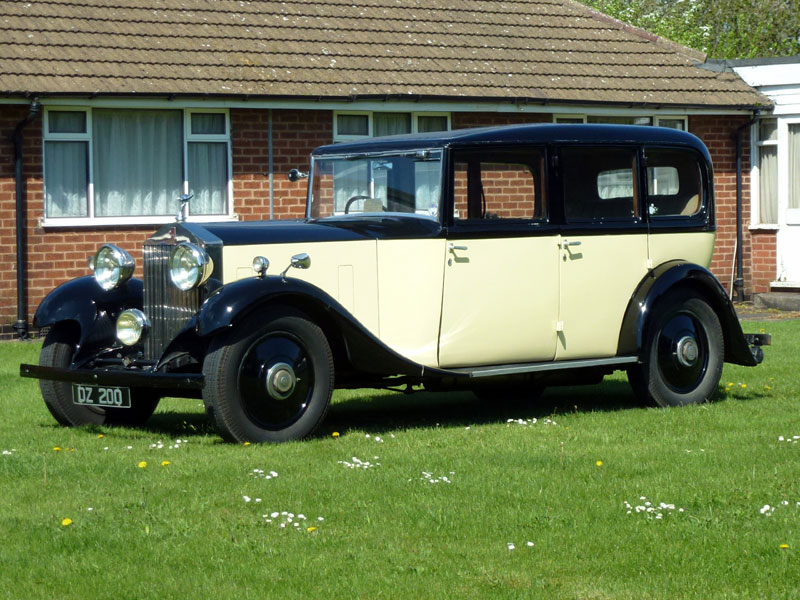 Built during 1932/33 - albeit its Co. Antrim registration number is younger - chassis GRW2 underwent a protracted restoration during the late 1980s. Used for touring and the occasional wedding since entering the current ownership in August 2001, the elegant D-backed Park Ward Limousine was entrusted to marque specialist Jason Fox of Chesterfield (late of Sheffield) some four years later. With the majority of parts being supplied by Fiennes Restorations, the 20/25 was treated to an overdrive, spin-on oil filter conversion and extensive engine overhaul. Further benefiting from a new clutch, stainless steel exhaust and front heater, `DZ 200' is understood to have averaged 17-20mpg whilst cruising at 55mph during a 2,000-mile trouble-free Tour of Scotland. Variously described by the vendor as "fair" (bodywork, paintwork), "tidy" (fawn cloth upholstery), "good" (electrical equipment) or "very good" (engine / transmission), it will be driven to the auction and is only being offered for sale due to ill health.
Share: