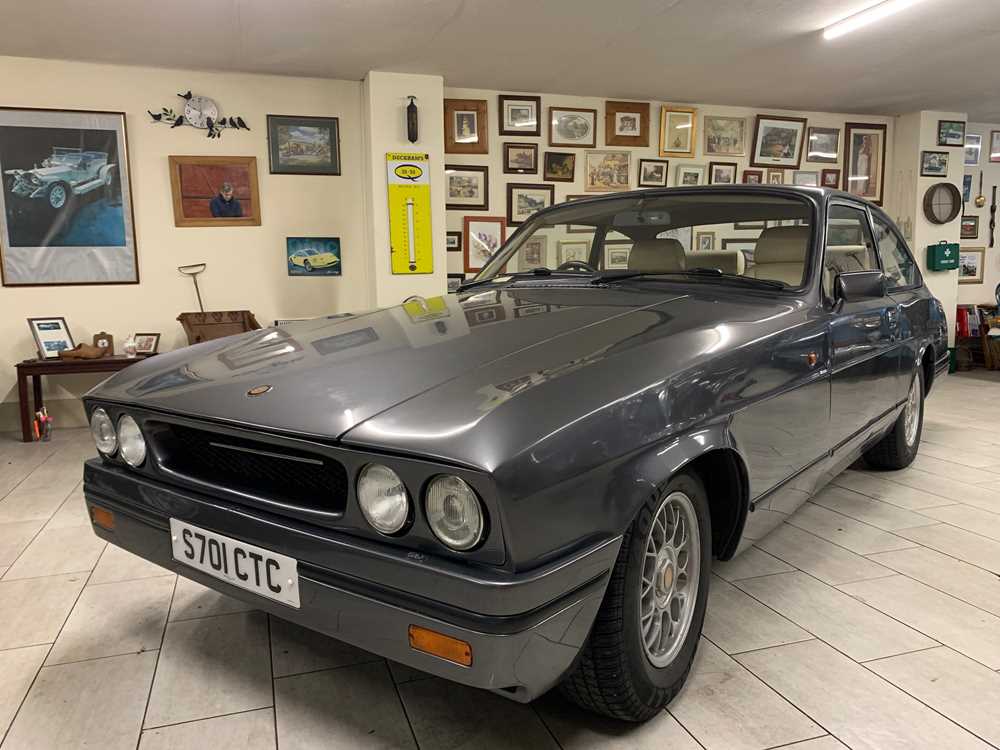 “The Blenheim model is a four-seat coupe that blends discrete looks, ample performance and a sumptuous, handcrafted interior to create a unique motoring experience that has more than a hint of nostalgia about it. Borrowing technology from aircraft construction Bristols appeal to a small band of wealthy customers wanting beautifully engineered and packaged vehicles with continent crossing ability” (Auto Express, 29th December 2006)

Named after one of its former parent company’s fighter aircraft, the Bristol Blenheim was unveiled in September 1993. Priced from £110,000, it may have been a left-field choice when compared to other British handbuilt grand tourers such as the Aston Martin Virage or Bentley Continental R but there were still those who valued its narrow track (useful when negotiating London traffic or country lanes) and unmatched visibility. Mounted behind the front axle line for handling balance, the staple Chrysler 5.9 litre V8 benefited from the adoption of electronic manifold fuel injection and was allied to a more sophisticated four-speed automatic gearbox. Criticisms as to the Bristol’s overly ornate radiator grille and pebble-sized headlights were addressed with the arrival of the Blenheim 2 in January 1998 which also boasted a reduced turning circle, power boost and reputed 150mph top speed. Only in ‘production’ for eighteen months or so, it is estimated that between six and ten Blenheim 2 cars were made with Bristol losing money on each one!

Resident at an imposing Northamptonshire house, the first owner of chassis TTBLN29969708 part-exchanged a Bristol Brigand in order to obtain it. His successor, the managing director of a world-famous investment bank, acquired the four-seater when it was just over a year old. Relocating to London’s Holland Park, the Blenheim 2 was lavishly maintained. Returned to its maker several times a year if the need arose, the car boasts a full Bristol Service History up to 86,000 miles (the odometer currently reads c.92,000). The last major invoice on file totalled £8,436.23 and was issued on December 12th 2019 (though, annual expenditure exceeded £6,000 in 2017 and 2018 too). A striking looking machine finished in Brabazon Grey with Magnolia leather upholstery, ‘S701 CTC’ is understood to draw a crowd wherever it goes which is perhaps unsurprising given its rarity. Said to be in rude mechanical health with evidence of a recent automatic gearbox overhaul and replacement brakes, the Blenheim 2 has a few cosmetic blemishes typical of a London car. Offered for sale with V5C Registration Document, supplying invoice, MOT certificate valid until October 2022 and ‘a good half inch of service history’.

PLEASE NOTE: We have been informed that it was the second owner (and not the first) who part-exchanged a Brigand as part of his purchase with the Blenheim costing him £100,155 in December 1999.