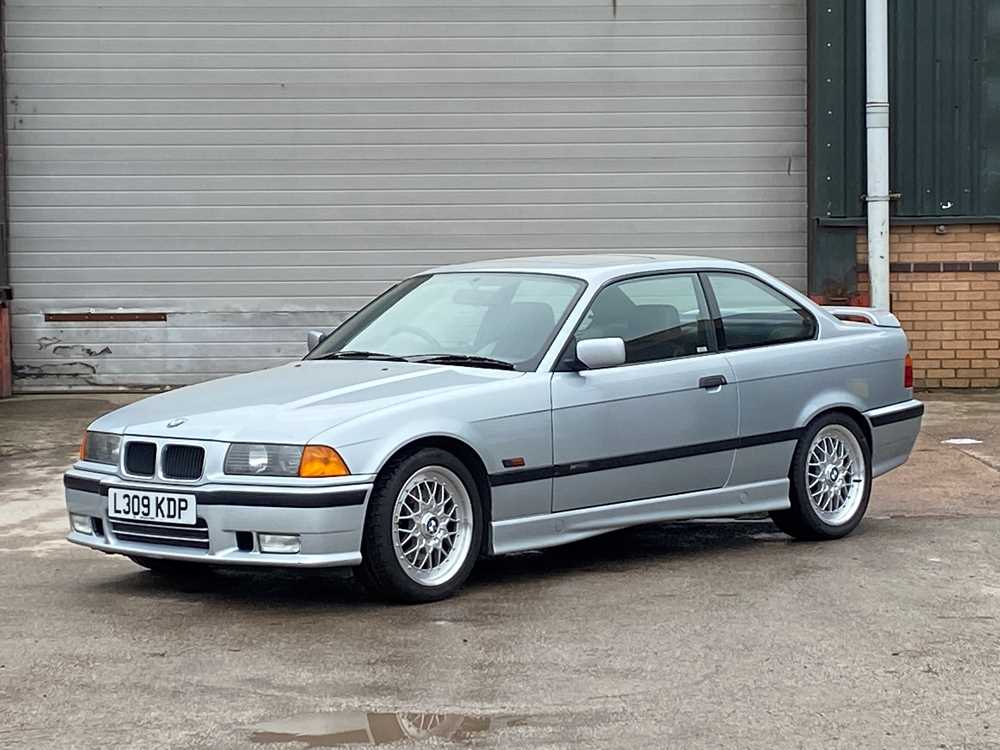 The BMW E36 was the third generation range of the BMW 3-Series compact executive car. Being manufactured from 1990 to 2000 the initial models were of the four-door sedan body style, followed by the coupe, convertible, touring, and compact body styles in later years. The 325i model was manufactured with the M50 straight-six petrol engine between 1991 and 1995.

Manufactured in 1994, the car was first UK registered in April that year. Understood to be first owned by BMW GB Ltd, the 325i is offered for auction by it’s one and only private keeper, having purchased ‘L309 KDP’ from BMW (GB) Ltd Distribution in 1995 and is accompanied by the vehicle purchase receipt. Having covered 92,000 miles from new, the BMW has only covered 3,000 miles in the past 10-years. Finished in Arctic Silver with Grey cloth upholstery, the Individual is fitted with the 2.5-litre engine with a five-speed manual, been serviced annually in current ownership. Accompanied by its book pack including stamped service book, owner's handbook and wallet, a large quantity of past MOTs, and several past invoices, the BMW is MOT’d until March 2021 but does have a slightly noisy top-end.