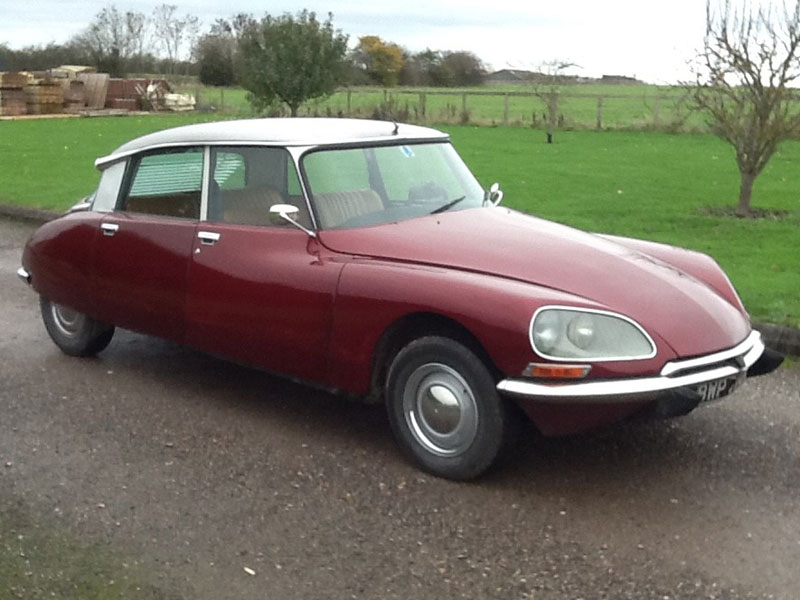 - LHD example imported to the UK in 2002, Tan leather upholstery

The DS's Flaminio Bertoni-penned body was a stunning sight in the austere world of the '50s. Its self-levelling hydropneumatic suspension was also way ahead of its time, delivering a ride that many manufacturers would be grateful for even now. The newcomer was powered by an updated version of the OHV four-cylinder unit previously found in the Traction Avant. The gearbox was mounted ahead of the engine and the differential sandwiched between the two. Some 1.5 million D Series Citroëns were produced and the model immortalised in such films as The Day of the Jackal.

This left-hand drive D Super 5 came to the UK in 2002. The bodywork was Beige originally, but is now finished in the attractive combination of Silver over Burgundy that's teamed with a Tan leather interior. In recent times the clutch, exhaust system, hyropneumatic suspension spheres and carpets have all been replaced. The vendor informs us that the DS 'drives very well' and has enjoyed 'an excellent rolling restoration'. He currently regards the 2.2-litre engine, five-speed manual gearbox and interior trim as 'good' and the bodywork and paintwork as 'average'. He is now selling 'BWP 776M' complete with numerous old MOTs and one valid to August 18th 2016.
Share: