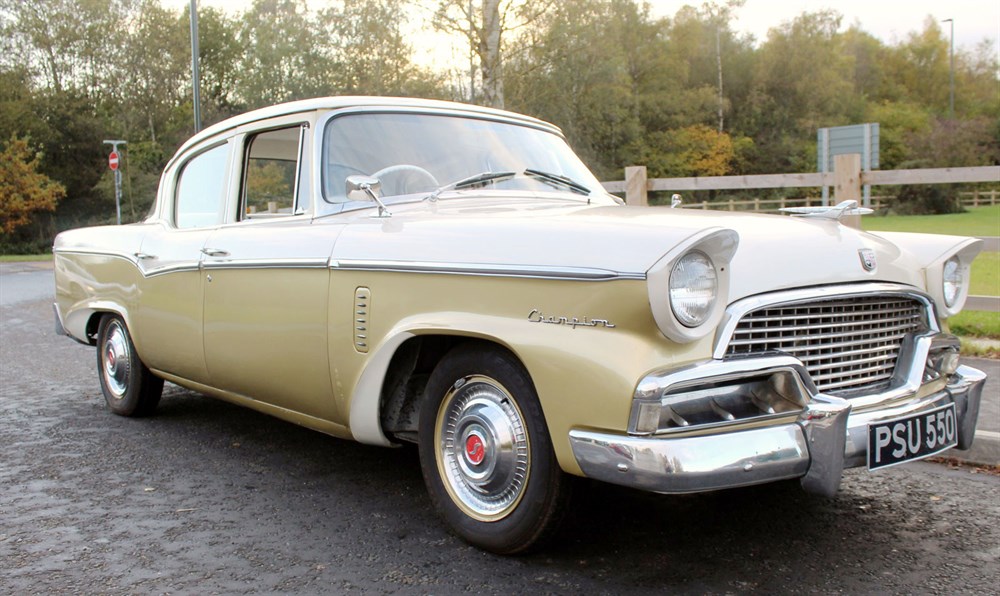 - Delivered new to South Africa, imported into the UK in 1989

- 3 Litre engine with manual "3 on the tree" gearbox

- Chrome said to be excellent

- Underside said to be excellent

There was the Loewy Coupe and the shortened 4 door sedan version. The back side windows in the shortened 4-door sedans are noticeably bigger than the windows in the Loewy Coupe. The Loewy Coupe is substantially more collectable than the shortened 4-door sedans. Although similar, the body pieces on the 2 cars are not interchangeable. The front end of the new Champion was lower than contemporaries. No convertible was offered in 1953. In 1954, a new 2-door station wagon called the Conestoga was added to the product line. Power of the L-head inline-six remained unchanged at 85 hp (63 kW), although in 1955 this was replaced by a larger version with 101 hp (75 kW). Also for 1955 the Starlight/Starliner labels were dropped and a wraparound windshield was introduced. The 1956 Champion sedans received very different bodywork, with pronounced "eyebrows" over the headlights and large tailfins. The coupes received the new Hawk-style bodywork with a centrally placed square grille reminiscent of a period Mercedes-Benz.
Share: