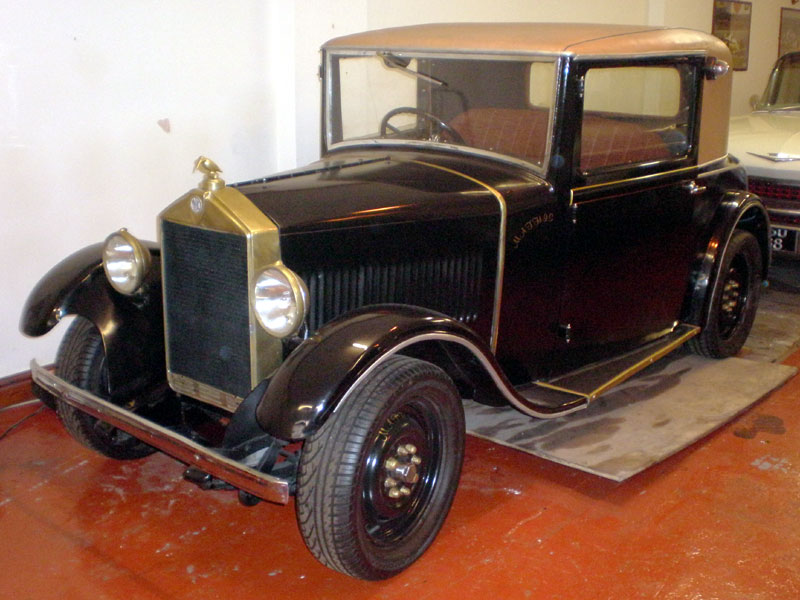 
Lot details
Registration No: Un-Reg
Chassis No: 602826
Mot Expiry: None

Émile Mathis' career in the motor industry began with a multi-franchise dealership in Strasbourg, Alsace (then part of Germany). Entitled Auto-Mathis-Palace, it traded in Fiat, De Dietrich and Panhard-Levassor motorcars. He progressed to having two models designed for him by a then young Ettore Bugatti, which were branded Hermes. The first vehicle to carry the Mathis name was the 8/20PS that entered the market in 1910. The first real successes of the fledging company were, however, with the so-called Babylette and Baby, powered by 1.1 and 1.3-litre engines respectively. Following WWI, Alsace became part of France and sales accelerated to the point where Mathis was France's fourth largest motor manufacturer. However, tough times were ahead and it was only by entering into partnership with Ford France to produce the Matford range of cars that Mathis was able to struggle on until the outbreak of WWII. By 1946 the company was officially defunct.

The extremely rare right-hand drive Mathis PY Two-Door Coupe offered vacated the company's Strasbourg factory in 1936. It features a fawn fabric top over black bodywork, while the interior is trimmed in Red cord. It is powered by a 1231cc four-cylinder, side-valve engine fed by an updraught carburetter. For the last three years this charming two-seater has formed part of a private collection, during which time it has been extensively renovated. The brakes have been refurbished, the wiring attended to, the brightwork restored and a new battery and tyres fitted. The body has been resprayed and the interior re-upholstered and equipped with new carpets. The vendor now considers the bodywork and interior trim to be "excellent", the engine "very good" (though it has not been run for three years) and the paintwork, manual transmission and electrical equipment to be "good". The Mathis comes complete with interesting history but is currently without MOT or tax.
Share: