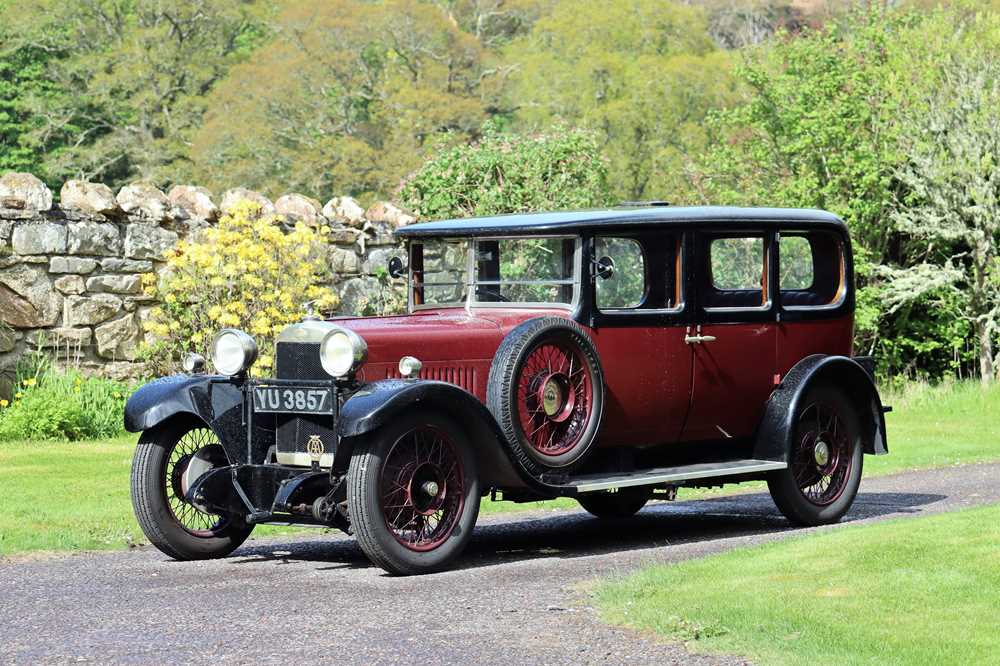 The 1920s witnessed Sunbeam win the French and Spanish Grand Prix, finish second at Le Mans, set numerous Land Speed Records and cause Henry Royce consternation regarding the quality and refinement of its products. Introduced in 1926, the 16hp was powered by a 2035cc OHV straight-six engine allied to four-speed manual transmission. Capable of over 65mph (coachwork permitting), the newcomer was praised in the contemporary press for its fine handling and potent four-wheel drum brakes.

Thought to have been clothed by Carbodies, this rakishly handsome Sunbeam is notable for its pronounced V-windscreen and low roof line. Rumoured to have been supplied new to the future poet laureate John Masefield, the 16hp was first registered as ‘YU 3857’ in London on November 18th, 1927. Still resident in the Capital after WW2, the 4/5-seater boasts a history file and ownership chain which date back sixty-six years! Treated to a new crown wheel and pinion, refurbished differential, rejuvenated gearbox, reconditioned front axle and re-trimmed interior during the 1990s, the Sunbeam has covered some 18,000 miles since being entrusted to marque specialist Bill Barrott for a thorough engine overhaul in 2006-08. Repainted by The Carrosserie Company during 2010 and shod with four new tubes / tyres in 2014, the 16hp was serviced by Jim Stokes Workshops not long before entering the current ownership that same year. Bought from dealer Robin Lawton for £28,500, ‘YU 3857’ drove from Hampshire to Inverness without missing a beat. Entrusted to J.C. Engineering of Spalding in September 2020 for attention to its radiator, water pump and dynamo etc, the Sunbeam started readily and ran well during our recent photography session. Nicely detailed throughout with a smoker’s hatch, Barker headlamp-dipping mechanism, trigger-shaped interior door handles and ‘his and hers’ vanity set recesses, this rare Vintage Saloon is worthy of close inspection.