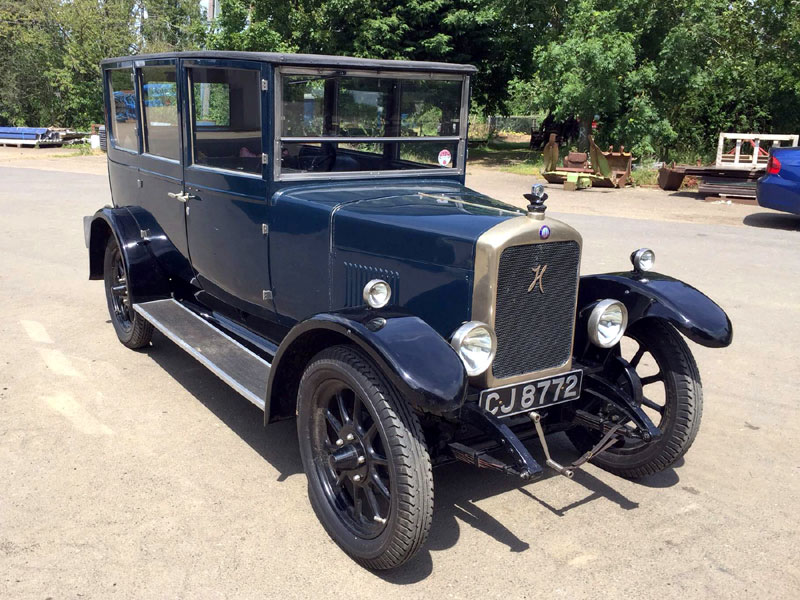 Had it not been for Hillman's 14 model, it is doubtful if the company would have survived long enough to be taken over by Humber in 1928. It evolved from the 1327cc 9 model that had established Hillman as a recognised motor manufacturer, and featured: a 1953cc four-cylinder engine with detachable cylinder head; conventional four-speed non-synchromesh gearbox with righthand change; four-wheel cable operated brakes; and suspension by semi-elliptic springs all-round. The cost new in 1926, complete with Saloon body, would have been c.£345. Approximately 11,000 examples of the 14 were produced between 1925 and 1930. This delightful four-door Saloon version was tested and much enjoyed by The Automobile magazine in April 2002, at which time the Hillman belonged to a Sally Rossiter. The identity of the coachbuilder is uncertain, but thought to be Charlesworth. 'CJ 8772' is finished in a shade of Deep Blue and trimmed in Black. A very affordable, usable representative of the vintage era.
Share: