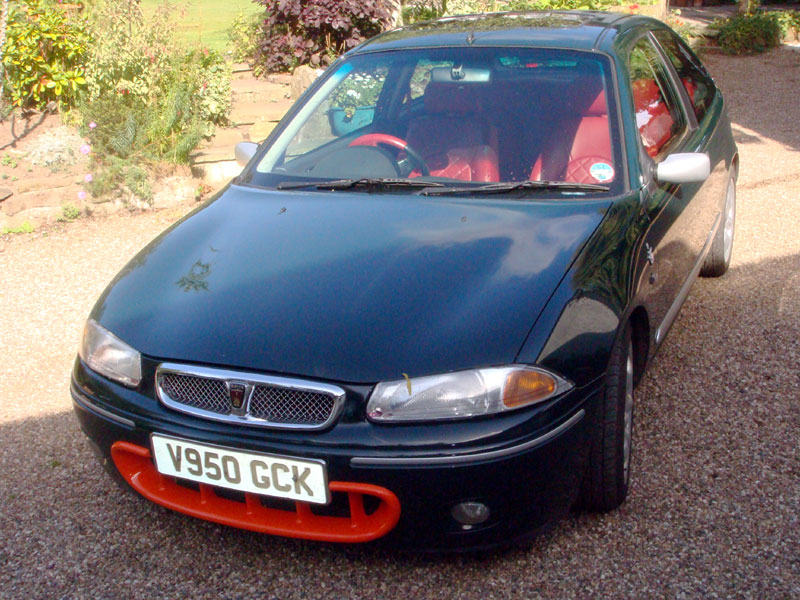 For fans of that king of road races, the Le Mans 24 Hours, the name Rover-BRM will recall the gas turbine-powered prototype jointly developed in the early '60s by Rover and Formula One constructor BRM. It ran with distinction in 1963, was withdrawn in 1964 and finished 10th overall and first British car home in 1965; driven by Graham Hill and Jackie Stewart. These days it forms part of the Heritage Motor Centre collection at Gaydon. The Rover 200 BRM LE that was first seen at the 1997 Frankfurt Motor Show, was a quiet tribute to that '60s Rover/BRM partnership, and grew into a run of 795 very special versions of the three-door Rover 200. Based on the range-topping Vi model, the cars were powered by a 145bhp variant of the 1.8-litre DOHC K-Series engine that drove through a five-speed, close-ratio gearbox to a Torsen limited slip differential. The ABS braking was by discs all round. The ride height was 20mm lower than standard and the distinctive exterior also featured: Brooklands Green paintwork; silver trim details; large six-spoke 16 inch alloy wheels and roof spoiler, plus an exclusive woven mesh grille perched above a large orange-coloured air intake (as per BRM's 1960 Formula One cars). The inside was notable for its Red quilted leather seats and door panels; Red carpet, seat belts and steering wheel; alloy heater controls and gear knob, and turned aluminium trim.

The 200 LE offered - No.212 - is the property of club racing hero Barrie 'Whizzo' Williams. The accompanying old MOT certificates and other literature appear to confirm the indicated mileage of 33,891 as correct. The vendor informs us that the hot hatch's bodywork, paintwork, trim, engine and gearbox are all in "good" order and the Rover is taxed until the end of April and MOT'd into September 2012.

PLEASE NOTE: This vehicle has an MOT until 25th October 2011.
Share: