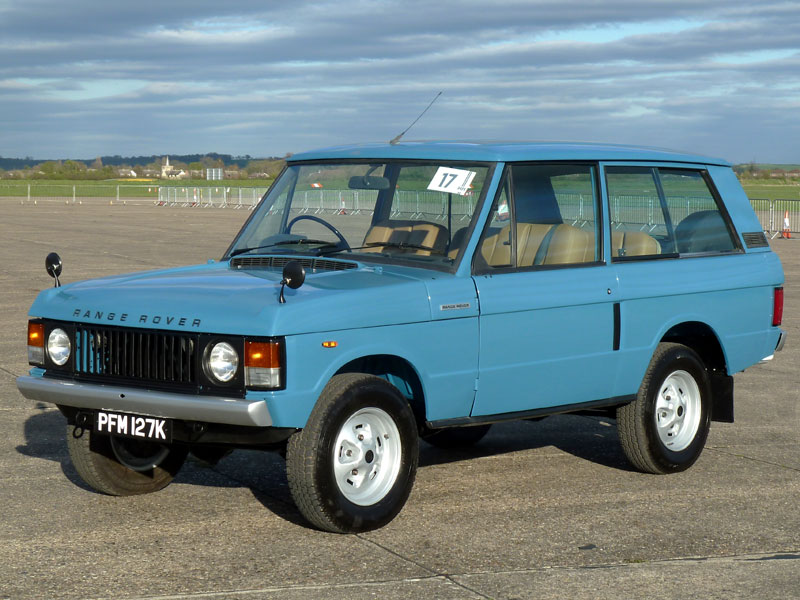 This delightful Range Rover Two-Door with rare and desirable 'Suffix A' chassis plate was one of just 2,844 right-hand drive home market examples built in the 1971 model year. Acquired by the vendor in the summer of 2015 it commenced a thorough restoration later that year by Range Rover specialist restorers Kingsley Cars. As can be seen in the photographs the body and axles were removed from the chassis and the car is described by the vendor as having a perfect shell with zero rust having had all the corrosion cut, followed by a panel-off re-paint. Other significant works included a top-end refresh of the engine and a restored/new Palomino PVC interior. Finished in the wonderful Tuscan blue colour this exceptional 2-door Range Rover should be paid close attention by enthusiasts of the model. The restoration was being completed as the catalogue went to press and we hope to have photographs of the finished vehicle on our website before the sale.

PLEASE NOTE: We apologise but the estimate for this vehicle appeared incorrectly in the printed catalogue and should have read £35,000 - 45,000.

PLEASE NOTE: This vehicle has developed an oil leak, which should be investigated before driving on the road.
Share: