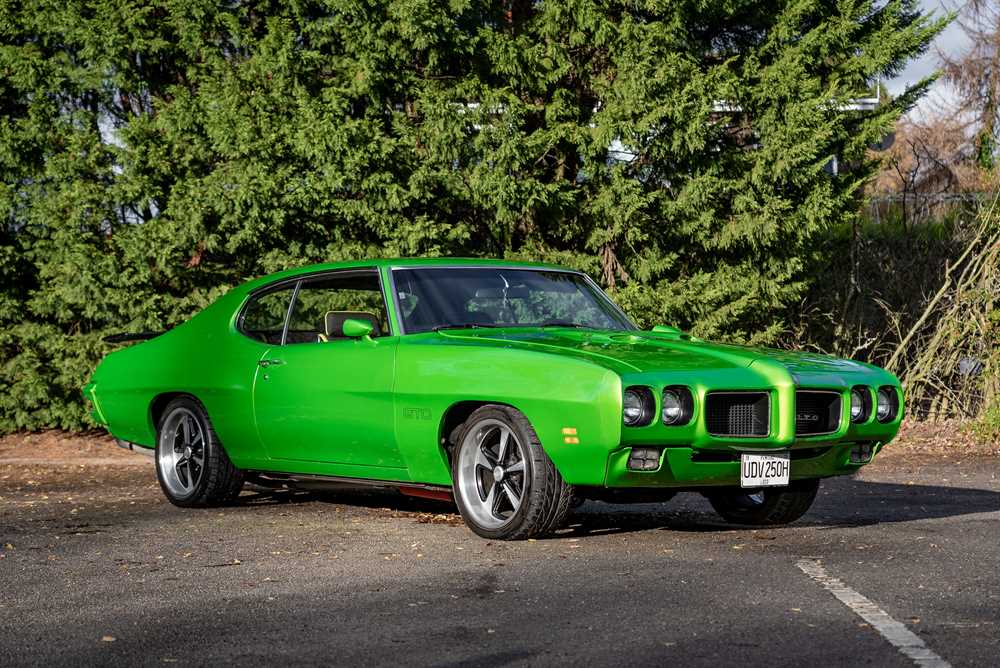 The original much-vaunted series of GTOs reigned from 1964 to 1974 and were classic muscle cars of the period. Forced to adhere to the US manufacturers' voluntary ban on factory-sponsored racing, GM had turned its attention to optimising the performance of its road cars, in order to maintain the interest of the young American enthusiast. The GTO was essentially the brainchild of three men - engine specialist Russell Gee, chassis engineer Bill Collins and chief engineer John DeLorean; who later achieved fame for the car bearing his name and cheating the British taxpayer of millions of pounds. The GTO was DeLorean's clever idea, but one strongly resented by Ferrari enthusiasts.

This genuine ‘242’ chassis number GTO was manufactured in 1970, spending three years abroad before reaching UK shores in 1973. Fitted with a 6.5-litre 400ci V8 engine which was comprehensively overhauled in 2018 encompassing a desirable 62 cylinder head, all new valves springs, new H-beam rods, fast road cam, HP oil pump, new Edelbrock intake manifold, Holly carburettor, new starter motor and alternator (with approximately 2,300 miles since the overhaul), all mated to the three-speed automatic transmission. Finished in striking Kawasaki Green with Black and Green cloth interior upholstery, ‘UDV 250H’ displays 95,550 miles. In current ownership since 2017, the Pontiac was ‘resto-moded’ between 8-9 years, with the GTO further benefitting from recent upgrades of new springs and shock absorbers. Fitted with a DAB head unit and 18-inch wheels, ‘UDV 250H’ is offered with a V5C document and current MOT until March 2022.