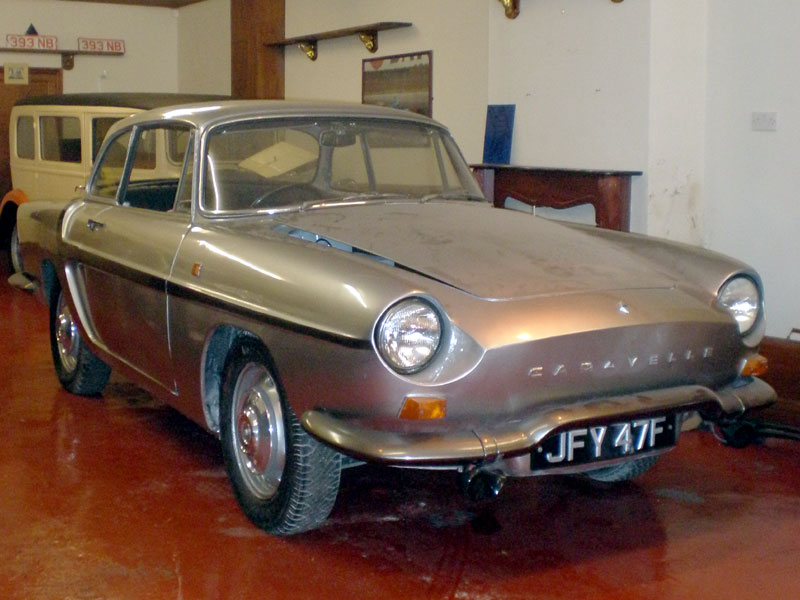 The Frua-penned Caravelle was a subtle development of the similarly-styled Floride that dated back to 1958. A rear-engined, two-door 2+2, it was launched at the 1962 Geneva Salon, and offered in Coupe, Cabriolet and Convertible guises. The improvements over the Floride included a reshaped roofline to achieve more internal space and headroom, the relocation of the engine radiator to the rear of the car in order to increase back seat accommodation, better located rear suspension and bigger, more powerful brakes. Whereas the Floride was based on Dauphine mechanicals, the newcomer featured those of the newer Renault R8. Initially this meant a new, super-smooth five-bearing engine of 956cc, but from 1964 a larger 1108cc version was employed, whose 55bhp and 62lbft of torque were sufficient to power the model to 60mph in some 18 seconds and on to a terminal speed of almost 90mph. The average fuel consumption was around 27mpg. The bigger engine was married to an all-new, all-synchromesh, four-speed manual gearbox. The suspension was independent at the front by coil springs and wishbones and at the rear by coils and swing axles; now with radius rods. Braking was by Lockheed 10.2-inch discs front and rear and steering by an in-house rack and pinion system. The Caravelle was produced until 1968 and was available on the UK market. However, it vied with such home-grown products as the Triumph Spitfire, which at £666 against £1,039 was substantially cheaper.

The right-hand drive Caravelle Coupe being offered was manufactured in 1967 and features Silver Grey bodywork and a Black interior. It has formed part of a private collection for the last 2.5 years and has apparently benefited from a bare metal respray and overhauled brakes and other mechanical parts. The vendor now considers the bodywork to be "very good", the engine to be "good" (though not run for 12 months), the trim to be "original with lovely patina", and the transmission to be "good". A rare sight on UK roads, the distinctive Caravelle with its recessed headlights is rarely seen at auction either, so 'JFY 47F' represents an unusual opportunity for those seeking a classic with a difference and a touch of Gallic flair.
Share: