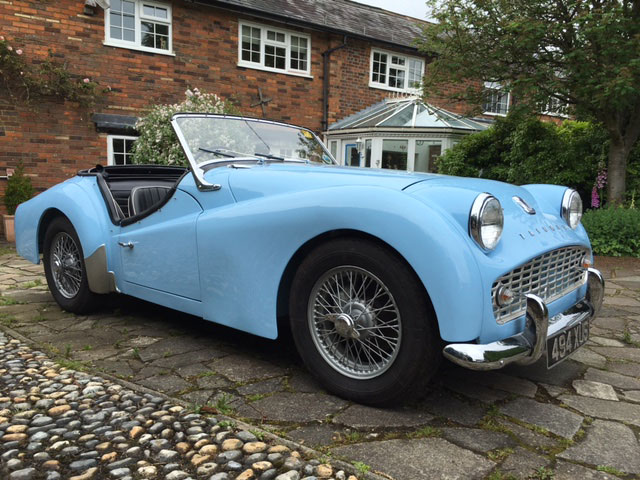 The 1961 'home market' example being sold is understood to have had just two previous keepers from new and to have been extensively restored around a new chassis over a five year period by a suitably qualified motor engineer. Every panel and component was evidently either replaced or refurbished, the 2130cc engine overhauled and equipped with a stainless steel exhaust system, the brakes and steering systems refurbished, the bodywork treated to a £5,000 bare metal respray, the brightwork rechromed, and new wire wheels installed. Finished in the attractive combination of Powder Blue bodywork and White-piped Black interior trim, '494 UXS' comes complete with overdrive gearbox, new hood, tonneau, side screens and documented history of the restoration.
Share: