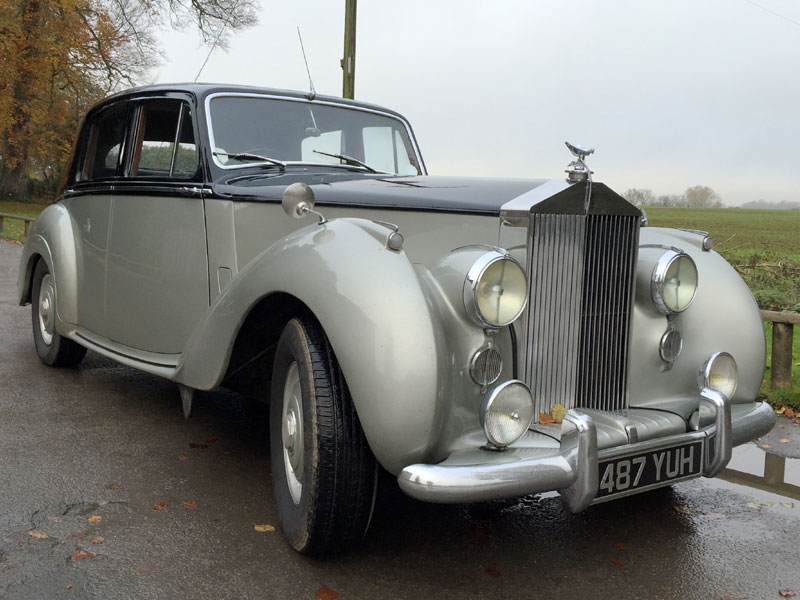 A matching chassis and engine numbers car with continuous history, this particular example was supplied new by Rippon Bros Ltd to the Thomas Lumb Co Ltd of Skipton, Yorkshire. A mill owner, Mr Lumb kept the Silver Dawn until its purchase by Mr Walter Greaves from the Viceroy Carriage Co. in 1966. Exported to America by its third keeper - Mr Richard Werby - the following decade, the Rolls-Royce had covered some 106,000 miles by the time it next changed hands in 2001. Like his predecessors, Dr Stephen Davidson was determined to maintain the luxury saloon in fine fettle spending some $41,576.39 on it over the following ten years (invoices for the corresponding maintenance / refurbishment work remain on file). Repatriated in 2011 at an indicated 118,000 miles, the Silver Dawn was subsequently allocated the age-related registration number '487 YUH'. Forming part of a private museum collection in more recent times, this elegant and very nicely presented Rolls-Royce boasts the 'big bore' 4566cc engine and four-speed automatic gearbox. Offered for sale with copy build sheets, assorted newspaper articles relating to Mr Lumb, a Rolls-Royce handbook (1953), automatic gearbox instruction card and warrantee, Smiths radiomobile instruction book, numerous of invoices for thousands of pounds/dollars and the original RF60.
Share: