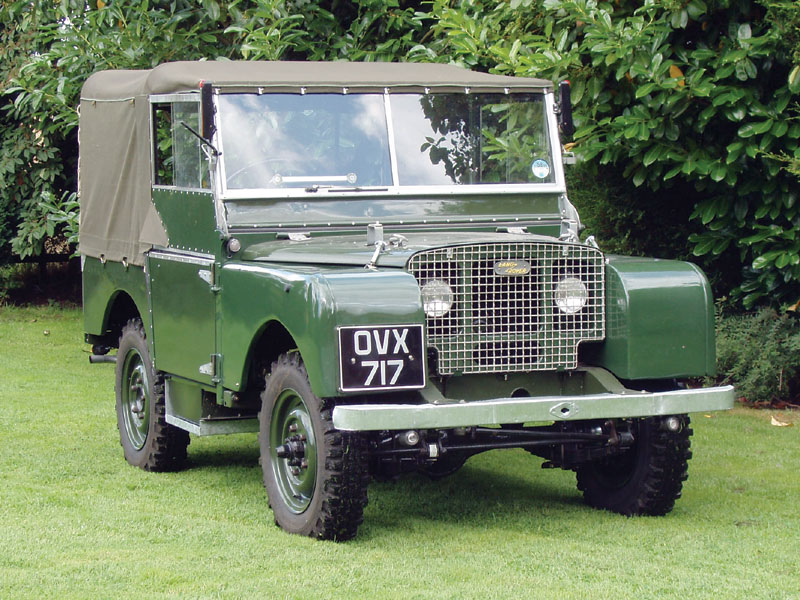 "Designed to meet the urgent need for increased production in agriculture and industry, the Land Rover is a truly multi-purpose vehicle. It is fast and economical for use on the road, and at the same time has that ability to keep going under the very worst cross-country conditions which can only be achieved by four-wheel drive" ('The Land Rover' sales brochure 1949)

This is where `The Best 4x4 by Far' started - a utility vehicle devised in 1947 by the Wilks brothers for use on their farm and inspired by the wartime Jeep. Aluminium panels, used because of a shortage of steel, meant the bodies did not rust, and thanks to an ingenious high/low ratio four-wheel drive system, the new small truck was possessed of incredible climbing ability in all conditions including glutinous mud. Initially powered by a 1595cc inlet-over-exhaust Rover engine, a 2-litre unit was soon adopted and more than 60 years after the prototype first ran Land Rovers are still giving faithful service all around the world.

This particular example was manufactured on July 22nd 1949 and registered as `OVX 717' by Essex County Council some four weeks later. Found languishing on a farm in that same county by its previous keeper during the mid-1980s, the Land Rover was subsequently treated to a `frame off' restoration. Refurbished again circa six years ago, it boasts such authentic features as a `fish plate' chassis and `ring pull' freewheel locking mechanism. A brass plaque affixed to the cylinder block declares the engine to be a `Factory Rebuilt Unit' but while of the correct inlet-over-exhaust type we do not know whether it is a 1600cc or marginally later 2000cc lump. Finished in green with matching upholstery, `OVX 717' is described by the vendor as being in "very good" condition with regard to its engine, gearbox, electrical equipment, interior trim, bodywork and paintwork. Benefiting from a Weber carburettor - a popular modification - this nicely presented Landie is offered for sale with a Heritage Trust Certificate, assorted invoices / old MOTs, various restoration photographs and MOT certificate current until August 2010.
Share: