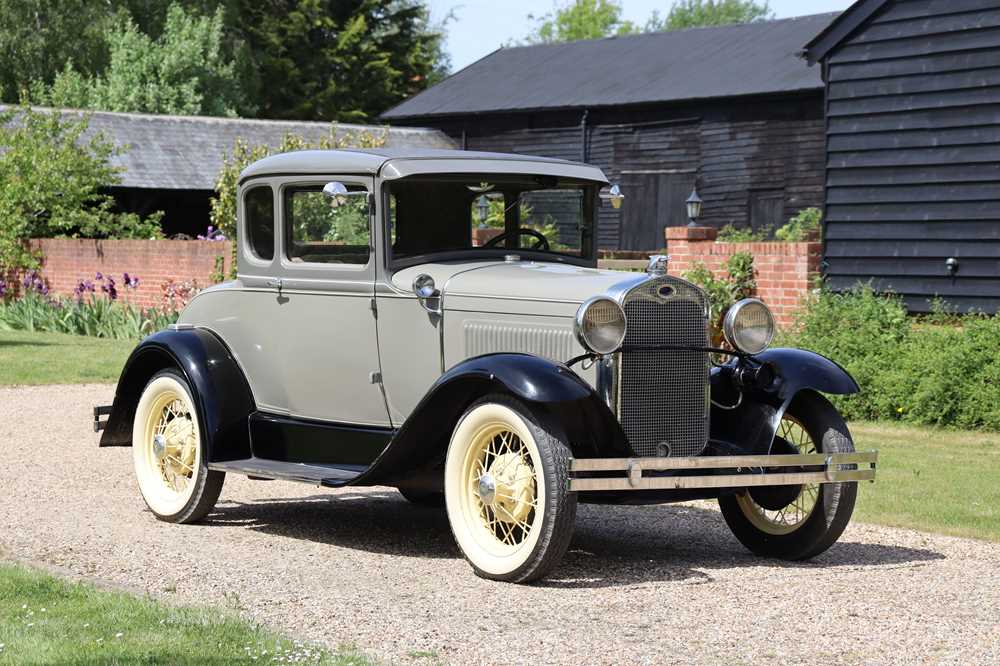 
Registration No: Unregistered
Chassis No: A2984361
MOT: Exempt

The Model T phenomenon lasted 18 years, but by 1926 even Henry Ford had to admit that the car that ‘put the world on wheels’ had finally run out of steam. Amidst rumours that several American States were preparing to ban the Model T due to its 'unsafe' hand-operated braking system, Henry Ford begrudgingly succumbed to pressure and authorised the development of a successor. No follower of convention, he terminated ‘T’ production on May 26th 1927 immediately after the 15 millionth example had rolled off the line, despite having nothing to replace it. Henry himself directed the development of a new longer, lower-slung chassis; a Howard Hicks-designed 3285cc, four-cylinder engine; three-speed manual transmission and a novel electrical system. By the time the Model A made its debut on December 2nd, there was a backlog of 400,000 orders for a car that nobody had even seen!

Manufactured in 1930, chassis number A2984361 is understood to have been supplied new to America and resided there until 2022 when the Ford was imported onto the shores of the United Kingdom. Ready for registration with its first UK keeper (with import duties paid and with NOVA number) the desirable five-window Coupe model, with rear Dickey seat, is fitted with the aforementioned 3285cc four-cylinder engine with three-speed manual transmission. Finished in the attractive colour combination of finished in Grey over Black, complementary Pale Yellow wire wheels and a Light Tan cloth interior upholstery, the Ford has been the subject of a self-evident restoration. The vendor rates the bodywork, paintwork, engine and interior trim as ‘very good to excellent’ and the electrical equipment and gearbox as ‘excellent’. Offered with state title from the United States and NOVA document, the Model A is finished with period white-wall tyres, a bonnet mascot and a rear-mounted spare.