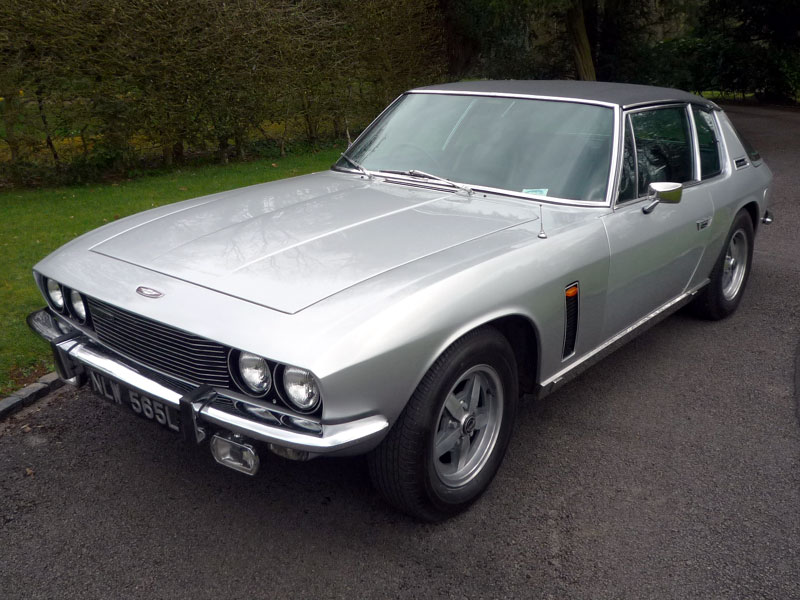 Jensen's striking replacement for the slant-eyed C-V8 first saw the light of day in 1966. It broke some of the firm's established traditions in that the design was outsourced - to Carrozzeria Touring - and the bodies were made of steel rather than glass reinforced plastic. The early shells were also built in Italy, by Vignale, prior to a production line being established at Jensen's plant in West Bromwich. Power was initially supplied by a 6276cc Chrysler V8, driving through either a four-speed manual or three-speed TorqueFlite automatic transmission to an LSD-equipped Salisbury rear axle. The MKII model of 1969 brought revised frontal styling and ventilated disc brakes. Introduced at the October 1971 Earl's Court Motor Show, the Interceptor III was visually distinguished by cast headlight surrounds, GKN cast alloy wheels and a comprehensively revamped interior and was produced in four Series - G, H, J and S4. By May 1972 the engines on RHD cars had been increased in capacity to a substantial 7212cc. A total of some 6,408 Interceptors were produced between 1966 and 1976. These distinctive-looking Grand Tourers were bought by celebrities as diverse as Led Zeppelin drummer John Bonham, British Foreign Secretary Lord Carrington and World Motorcycle Champion Phil Read.

Though this 1972 MKIII has technically had five keepers, the third one retained it from 1979 until last year, when it was briefly owned by an investor. It was restored in 2004 by Richard Appleyard Engineering and comes with £60,000 worth of supporting invoices. The ten-year old Silver paintwork is teamed with the original, nicely patinated Black interior, and the vendor regards the V8 engine and automatic transmission as `all good'. An altogether fine looking example that comes with an MOT valid until October 1st, tax to the end of next March and an indicated (but unwarranted) 43,000 miles displayed.
Share: