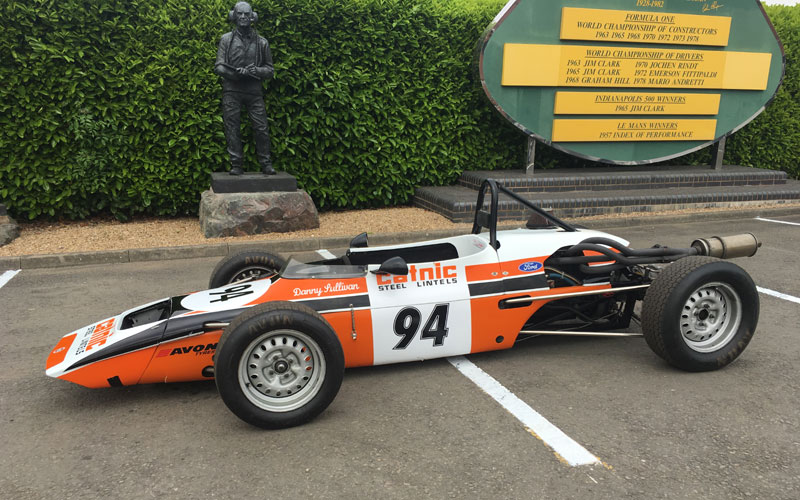 - Race winning car, on the button ready to go

Elden was a very successful manufacturer of Formula Fords in the category's heyday, and founded in 1961 by John Thompson and the brothers Peter and Brian Hampsheir. The PRH8 was the company's first volume production model, 48 of which were produced between 1970 and 1972. The example now offered is chassis 003 that was sold new to and raced by Colin Crang in 1971 before being acquired by Richard Roberts who campaigned it during the following season. According to Peter Hampsheir, who has maintained a register of all the Eldens produced, 'it is a very quick car that in recent times has been raced with much success by Richard Tarling'. The vendor presently classes the 1600cc Ford 'Kent' engine as 'excellent'; the bodywork, White, Orange and Black livery, and Hewland transmission as 'good'; and the interior trim as 'average'. This fast Ford comes complete with appropriate FIA and HSCC papers.
Share: