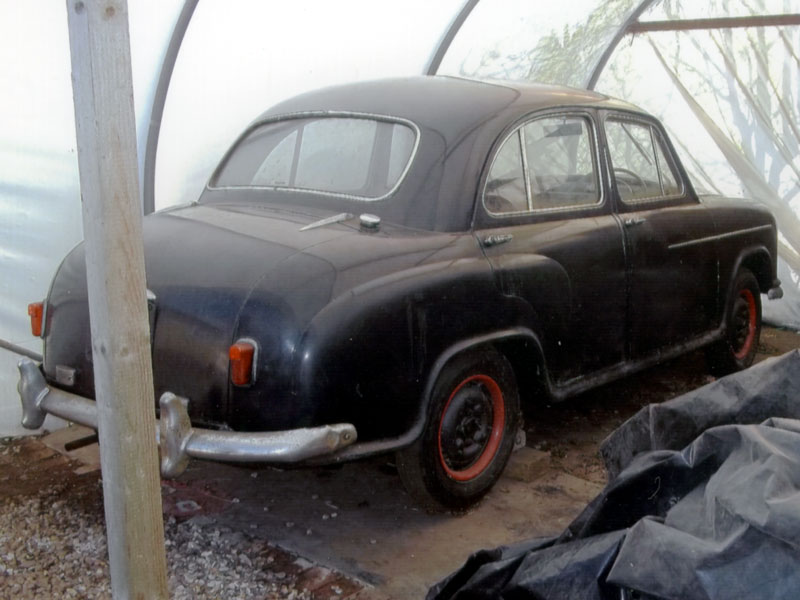 OFFERED FOR SALE WITHOUT RESERVE

The Morris marque survived seventy-one years of continuous production (the rights to the name now rest with the Nanjing Automobile Corporation), and for fifty-eight of those there was always a model bearing the Oxford badge. The story dates back to 1913, when William Morris progressed from bicycle to motorcar manufacture and needed a name for his new product. He didn't have to look far and, adopting and adapting the Oxford City coat of Arms - an Ox above a ford - called it Oxford, in recognition of its home city. Three generations of Oxford were launched between the wars, but it was the MO of 1948 that heralded a degree of technical revolution. Courtesy of Alec Issigonis, the MO was effectively a larger version of the Minor and featured the same type of novel semi-monocoque construction and torsion bar independent front suspension. Rear suspension was by semi-elliptic leaf springs, braking by drums all round and steering by rack and pinion. Two versions were offered, a four-door Saloon and a two-door Estate - the Traveller. The Series II Oxford of 1954 brought revised styling, a more modern 1489cc Austin-designed OHV B-Series engine and larger drum brakes. The column gear change and bench front-seat allowed the accommodation of up to six adults and, unusually for a British car of the period, a heater was standard. Some 87,341 Series IIs were made before the version was replaced by the Series III Oxford of 1956. Motor magazine's test of the Series II achieved a 0-60mph time of 28.9 seconds and a top speed of 74.2mph.

Finished in Black with a Maroon interior, this particular manual example is being offered for sale on behalf of a deceased estate. Reportedly remaining within the same family for some forty years, the Morris is further understood to have been kept under cover and to have had its engine started regularly up until 2007. Dormant ever since, the Oxford is being sold without MOT or tax and will clearly want a degree of recommissioning before it can feature in Goodwood's pre-1966 car park. An increasingly rare opportunity to acquire a seemingly unmolested British favourite.
Share: