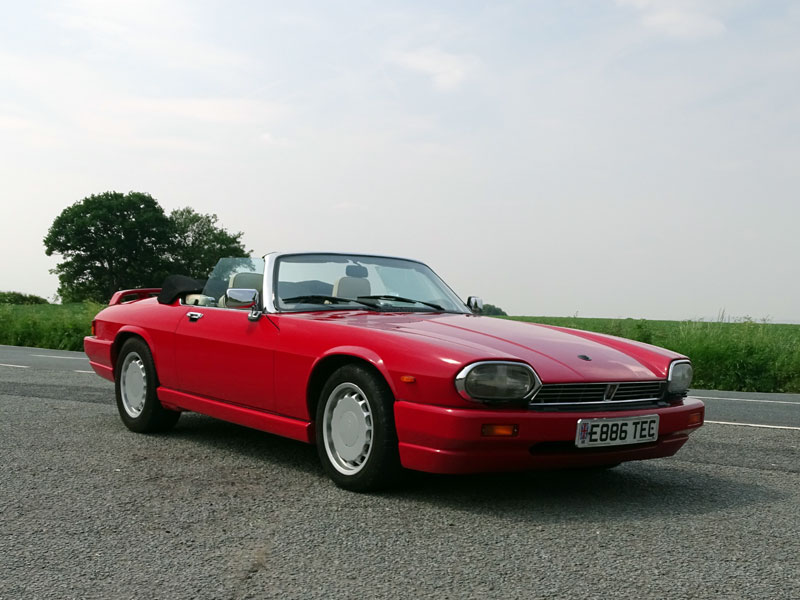 - Restoration including suspension and brakes by 'Spray Craft' of Widnes

- Recently serviced and treated to fresh tyres all round

This striking Convertible was sold new in June, 1988, complete with TWR bodykit and wheels. It was acquired by Damian Leach of Spraycraft, Widnes in 2012. He: stripped and refinished the Jaguar in 17 coats of primer and Signal Red topcoat; rubbed down, Waxoyled and re-sealed the underbody; overhauled the braking system; gave the suspension a thorough checkover; and had the steering refurbished by Kyley Clinton of Birmingham. The engine and automatic gearbox were treated to a full service and the car's interior restored or replaced as required. The vendor acquired the now rejuvenated XJ-S in 2013, since when it has been serviced by Kennedy Motors, Northwich in 2014 and by David Hammond of Waverton this year. It has also recently benefited from a brand new set of tyres and an MOT valid to June 29th 2017. The speedometer was apparently changed in 2009 - the total of that and its replacement are c.101,928.
Share: