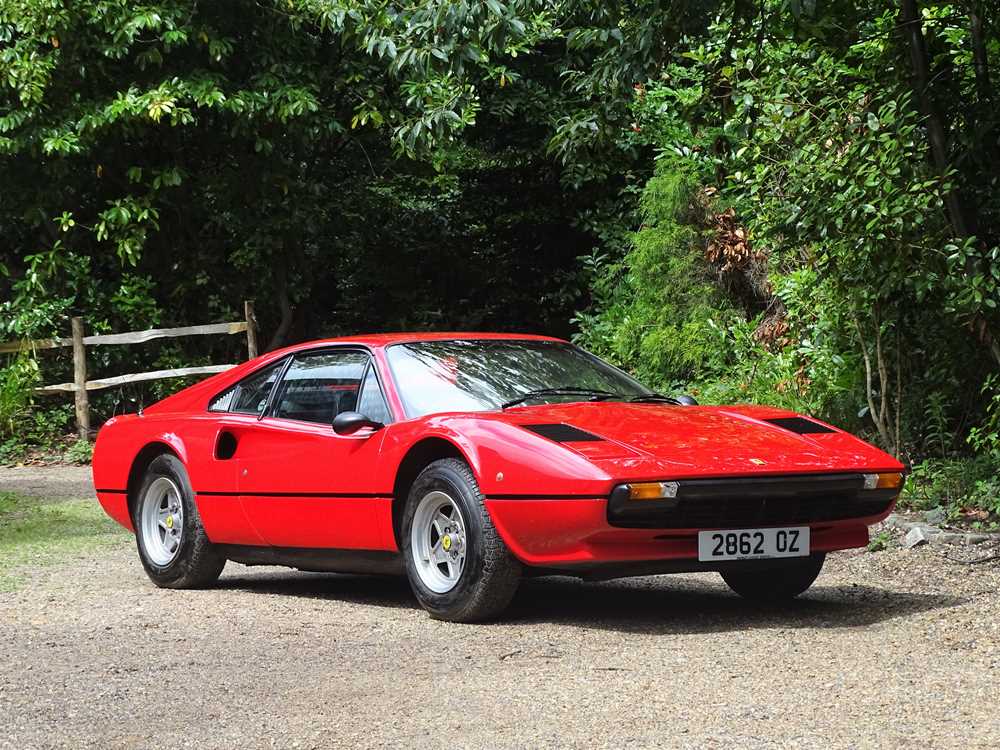 PLEASE NOTE: The registration plate shown is not included in the sale

With its stunning and shapely Pininfarina-designed body, styled by Leonardo Fioravanti, and mid-mounted 2926cc quad-cam V8 fed originally by four Weber DCNF 40 carburettors, the Ferrari 308 has rightly become a significant collector's car. Pininfarina had already penned such eternal classics as the Daytona, Dino and Berlinetta Boxer. The 308 GTB was Ferrari's replacement for the immortal Dino 246 GT and made its debut at the 1975 Paris Salon 1975. The very earliest Ferrari 308s were built with fibreglass bodies, however, manufacturing quality issues meant that Ferrari quickly changed to steel in 1977. In 1980, the carburetted engine was replaced by a Bosch fuel-injected version for the sake of reduced emissions, however, the change left the revised unit short of power. Made famous by the TV series ‘Magnum PI’, the 308 has matured into a collectors' favourite. When Maranello stopped production of the 308 in 1988, it had become the most popular Ferrari.

1 of just 211 RHD examples produced at Maranello, the steel bodywork is finished in iconic Red, although, according to HPI, it is believed to have left the factory in silver. Having covered 51,754 miles this 308 GTB has been in its current ownership since 2001. The interior trim includes Black ‘nero’ leather seats with complimenting black carpet. Being a 1979 308 GTB it was specified with the carburetted engine. Recent pre-MoT maintenance included a distributor clean, oil leak repair, new plugs and coolant hoses, a compression test, carburettor setting and timing and the cleaning of the fuel filter. In addition to the owner’s wallet and handbooks are a Ferrari book, a collection of invoices plus V5C and a collection of old MOT certificates dating back to 1982 at 14,166 miles. The vendor views the car’s bodywork, engine, electrical equipment, paintwork, transmission and interior trim all as ‘good’.