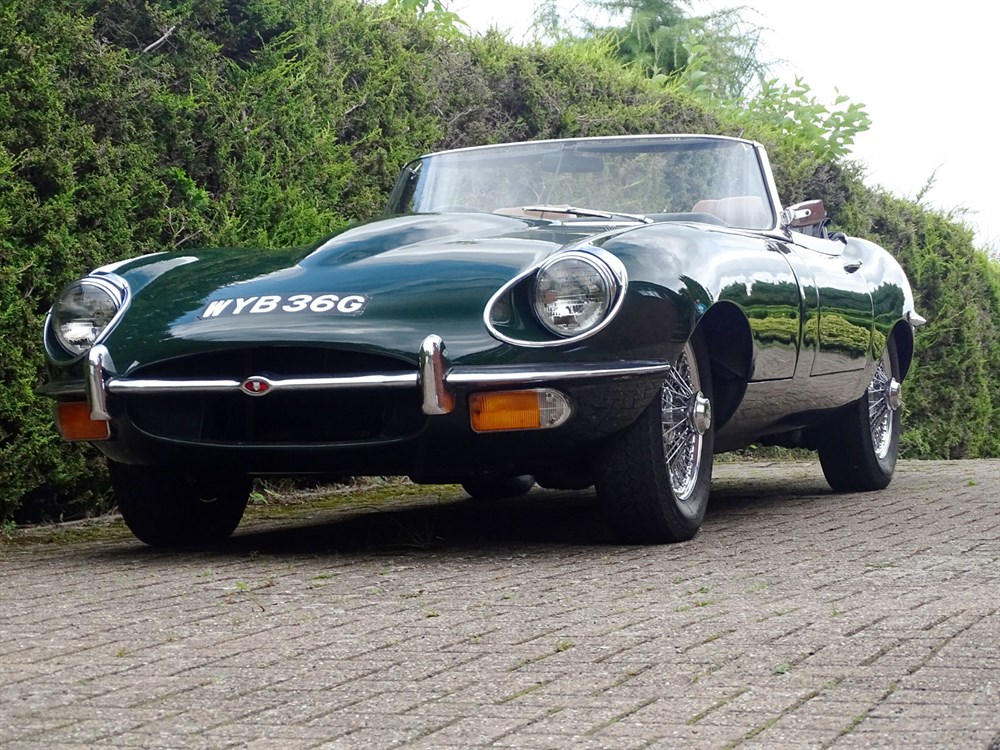 The Series 2 Roadster offered started life as a lefthand drive export model that was converted to righthand drive during a comprehensive restoration in 1998. This included the installation of an unleaded cylinder head conversion, new wiring loom and instrument panel, and once the mechanical refurbishment was complete the car was repainted Green and registered for the UK roads in 1989. A new hood was then fitted in 2010. 'WYB 36G' is described by the vendor as having 'very good' bodywork, paintwork, Light Tan leather upholstery, 4.2-litre XK engine and four-speed manual gearbox, and is now available complete with a comprehensive history file, MOT certificates dating back to 1999, and a photographic record of the restoration. The E-Type currently registers a total mileage of 70,922.
Share: