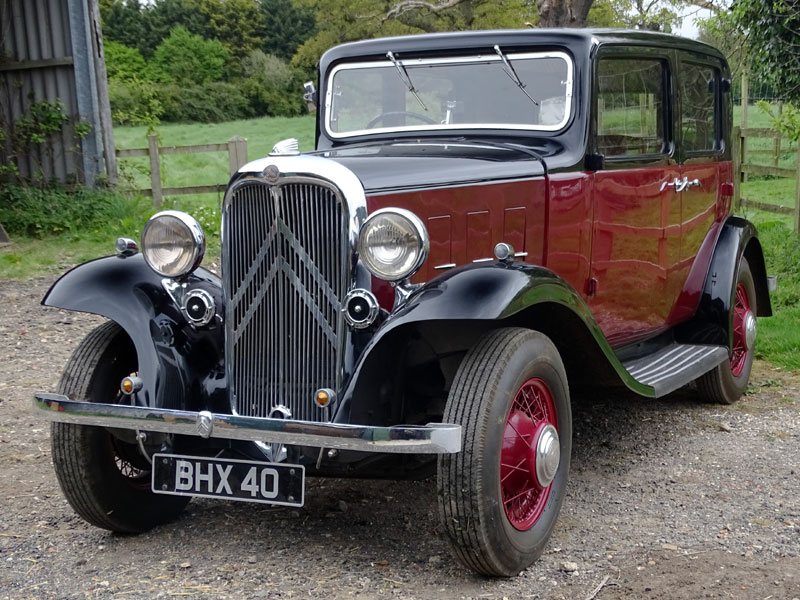 - Entered from the Home Farm Collection

- The subject of an older cosmetic and mechanical restoration

Introduced at the 1932 Paris Salon, the Citroen 8CV 'Rosalie' was marketed as the Citroen 'Ten' in Britain (a differentiation necessitated by the two countries conflicting ways of measuring 'horsepower'). A well-executed if somewhat conventional 'light car' design, the 'Ten' was based on a sturdy ladder frame chassis equipped with all-round quarter-elliptic leaf-sprung suspension, four-wheel drum brakes and worm and roller steering. Reputed to develop 32bhp @ 3,200rpm, its 1452cc four-cylinder sidevalve powerplant drove the rear wheels via a three-speed manual gearbox (upgraded to four-speeds from 1934). Claiming a 90km/h top speed, it also boasted such niceties as flexible engine mounts, partial synchromesh and all-steel 'single piece' bodywork (available in a variety of open / closed guises). Superseded by the revolutionary 'Traction Avant', the model only remained in production until January 1935 by which time some 38,835 are thought to have been sold worldwide (though, survivors are comparatively few and far between).
Share: