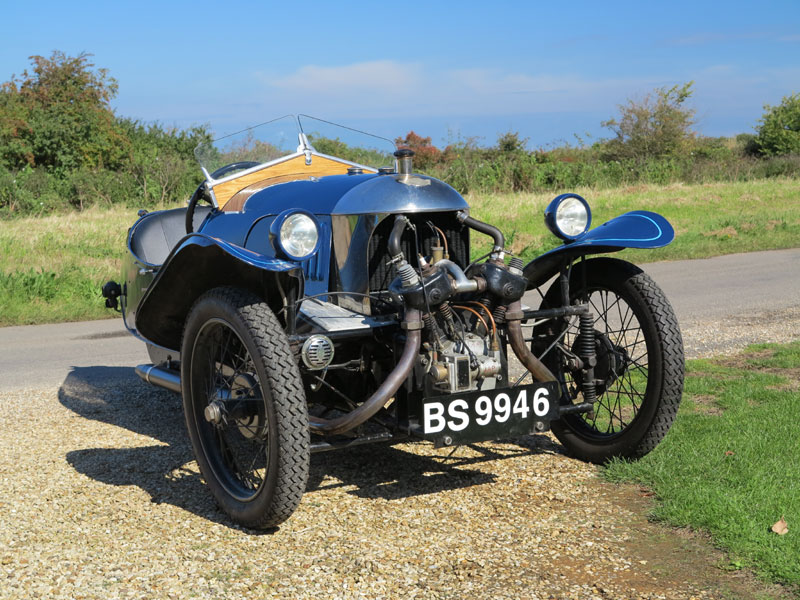 Progressively developed from 1909, HFS Morgan's ingenious Three-Wheeler ultimately played host to a variety of JAP, Matchless, Blackburne, Anzani and Ford powerplants. The Aero derivative soon became a favourite among sporting motorists, and with stark bodywork, impressive power-to-weight ratio and nimble handling was capable of embarrassing far more expensive machinery. Initially equipped with 980cc JAP V-twin side-valve engine allied to two-speed manual transmission, it continued to evolve until production ceased in 1933. The sale car is a 1929 example finished in Blue and trimmed in Black. It was treated to a chassis-up restoration by its previous keeper, James Jukes of Berkhamsted, which was completed the year before the vendor acquired the sporty Three-Wheeler in 2007. The Morgan has since travelled just 2,000 miles and is now being offered with the benefit of a new clutch thrust bearing, modern alternator, and tonneau and tailored car covers, and is claimed to 'go like the hammers of hell'!
Share this page: