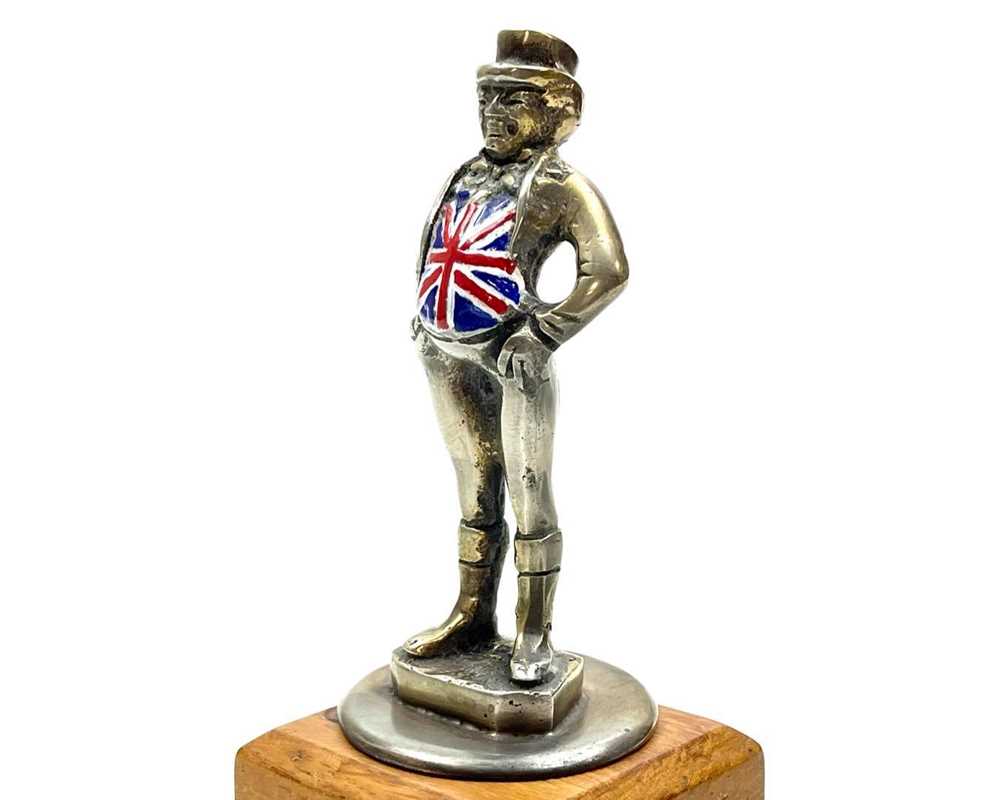 
Nickel-plated finish, with later cold enamelled 'Union Jack', mounted to a wooden base for display - The British Legendary Character John Bull , is a national personality figure of the United Kingdom , and England in particular, created by John Arbuthnot, a friend of Jonathan Swift and Alexander Pope. John Bull himself frequently appeared as a national symbol on posters and in cartoons as late as World War One. (By repute ex-Dan Smith, USA Collection ).