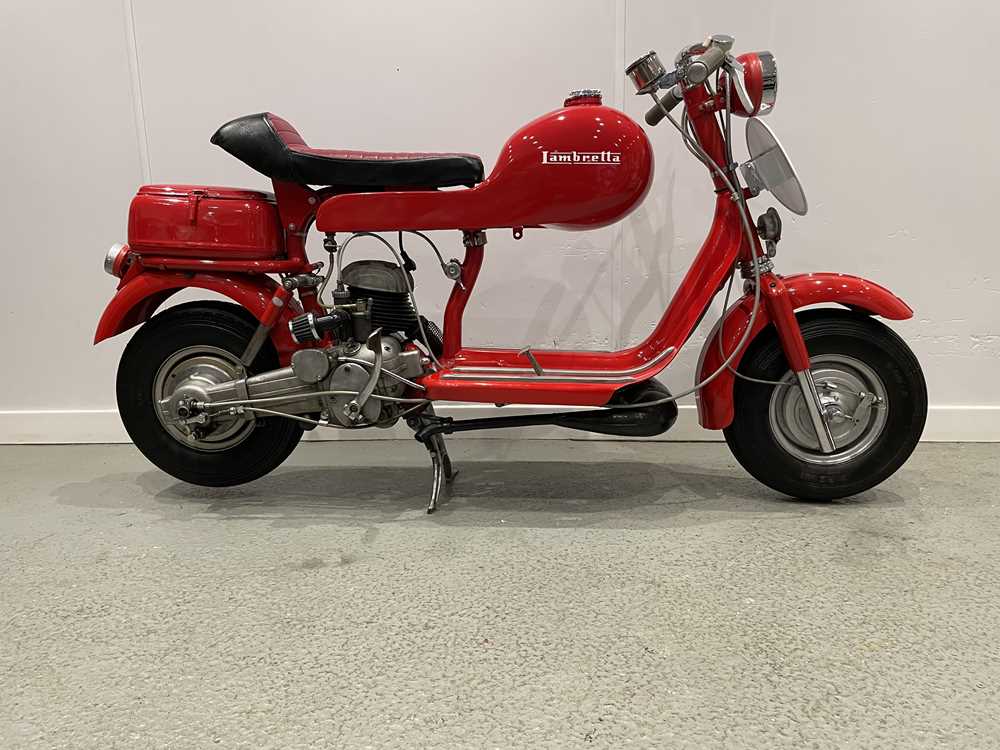 During World War II Ferdinando Innocenti ran a steel tubing factory in the Lambrate district of Milan in northern Italy, producing components for the Italian Air Force and construction. After the war Innocenti needed to find a new product in order for his business to survive. Innocenti started production of Lambretta scooters in 1947, the year after Piaggio started production of its Vespa models.

In the first year of production the first Lambretta the Model A changed many times as it evolved into a saleable product however in 1948 Innocenti did build a factory racer version off the Model A with many components of the new model B which it is said could achieve 70 MPH but it was only with the arrival of the model B that speed racing became viable with several factory versions, dealer versions and private individual built machines appearing. In 1949 Innocenti built a record breaker based on the model C which was developed to produce 13 HP at 8800 RPM in ‘supercharged’ form more than triple the original scooters output. This machine achieved a new 24 hour record in Montlhery, France covering 2467 Kilometres at an average speed of 102.8 km/h. A limited production of these racers were released into the market and always in colour red. By 1952 there were numerous endurance races all across Italy including the ‘Giro de Lombardi e Piemonte’ the ‘Giro D’Italia’ and regular track racing at Monza and Imola. This inspired a whole scene of Lambretta racers and a supply industry of tuning services and the parts required for the machines.

This superb 1952 example was built by a senior member of the Lambretta Club d’Italia and has been raced many times in competitions. We are told it is very very quick. It is built with the correct parts and period racing accessories as only found in Italy. It is in a different league to the British enthusiast built replicas. Features include:

This is a very high quality racing Lambretta. A restoration build of this magnitude would cost very many thousands of pounds and it appears to be correctly prepared in every way. It is a beautiful example indeed. We were able to see the scooter running recently and it sounded very good. The recent Italian owner appears in the Notiziaro Lambretta issue 26 of 2008 which is supplied with the scooter. On the fuel tank there are the unique signitures of Pipo Cantarella, world speed skating champion in the 1970's and Aldo Mirimin Moto Guzzi the 1970/1980s motor racing champion. These 1950’s racing Lambrettas are tipped for rocketing collectibility in the near future. This example has been prepared so well that it represents a great opportunity for a serious collector.