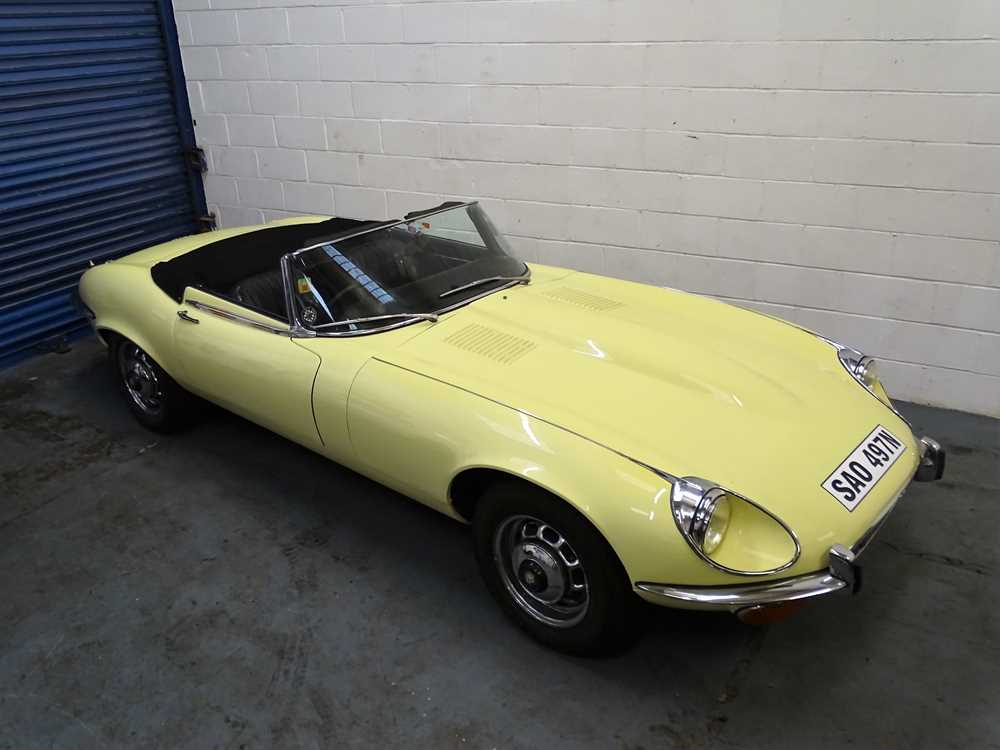 By 1971, Jaguar's jaw-dropping E-Type had been in production for a decade. Despite continual improvements, new emissions legislation in the all-important American market threatened to strangle the big cat's performance. Jaguar responded by giving its revered sportscar fresh claws in the shape of a 5343cc V12 developed from the stillborn XJ13 Le Mans project car. The new engine was both effortlessly powerful and eerily refined. "The turbine-like smoothness with which the engine provides a sustained shove in the back is almost uncanny, the more so when one accelerates hard in top gear without even a gearchange to interrupt one's headlong dash into the distance" (Autocar 5th July 1973). With some 272bhp and 304lbft of torque on tap, the Series III E-Type once again had 150mph in its sights. A revised wheelbase yielded better cabin space and in conjunction with wider front / rear tracks, new anti-dive front suspension geometry and fatter tyres gave improved road holding. Imbued with a more muscular stance thanks to its flared wheelarches, re-profiled wings and larger grille, the model also boasted vented disc brakes and a restyled interior. Only 1,872 right-hand drive E-type V12 Roadsters are thought to have been made.

According to HPi, this desirable, home market, Series III V12 Roadster has had just two former keepers and been in the current family ownership since February 4th 1983. Entered from a deceased estate, the two-seater has self-evidently been the subject of past restoration work. Equipped with the preferred four-speed manual gearbox, the Jaguar pleasingly retains its original 5.3 litre engine. Looked after for many years by a former Jaguar apprentice, Stephen Smith, the E-Type was MOT tested annually from 2006-2018 (covering a mere 3,000 miles in the process) and possesses a current MOT certificate valid until January 5th 2022. Treated to a new water pump and thermoswitch plus lubrication of all grease points in May 2019 and some minor recommissioning ahead of its most recent MOT pass earlier this year, the Roadster was repainted Primrose Yellow a few years ago and is thought to be free of any major structural corrosion. The careworn Black leather upholstery could well be original but the Black hood and matching hood cover look to have been renewed. The wooden boot floorboards are missing and the engine bay is scruffy. However, overall the car has an honest feel to it in keeping with its long-term ownership.

PLEASE NOTE: This lot has been entered from a deceased estate and unfortunately the V5C Registration Document has been lost. As such, the successful purchaser will have to apply for a new one.