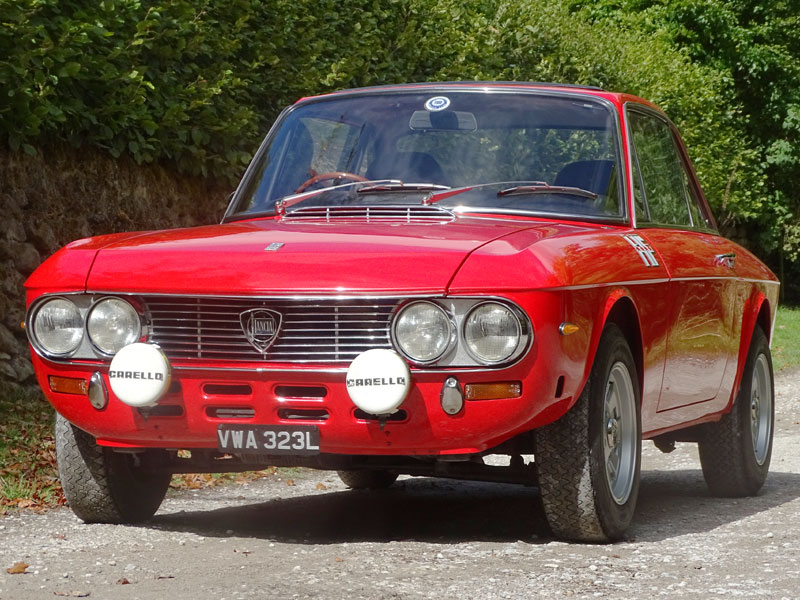 - Described as excellent in all areas by vendor

'VWA 323L' is a righthand drive UK specification Fulvia that was manufactured in 1972 and first registered in April the following year. It was purchased in very poor condition by the vendor in September 2012, which prompted a complete restoration and bare metal respray in Rosso Corsa to take place between 2014 and 2016. The extensive work included engine and carburettor overhaul, gearbox check, recoring of the radiator and installation of a noise insulation kit. The impressive specification today includes: electric fuel pump, 123 electronic distributor, Webasto sunroof, correct Michelin XAS tyres, Nardi steering wheel and Carello spotlights. A matching numbers example that's had only two former keepers, the Lusso is presently considered by the vendor to have 'excellent' bodywork, paintwork, Black interior trim, engine and transmission', and he's now selling the Lancia complete with MOT to April 10 next year. What's not to like?!

The Lancia Fulvia Saloon made its debut at the 1963 Geneva Motorshow. The newcomer featured a narrow angle DOHC V4 engine mounted ahead of and driving the front wheels. Front suspension was independent by wishbones and leaf spring while a solid axle with Panhard rod and leaf springs was employed at the rear. Braking was by discs all-round. A two-door Coupe derivative was introduced at the 1965 Turin Motorshow, the wheelbase of which was 5.9in shorter than the Saloon's. Later that year came the first Coupe HF model, a competition-oriented version with more powerful engine, aluminium bonnet, doors and bootlid, plus plexiglass side and rear windows. Countless race and rally wins were accrued by these feisty little cars, while the works rally team achieved outright victory in 1972 FIA International Championship for Manufacturers. The Series II versions of 1969 featured superior disc brakes, five-speed gearboxes, diaphragm clutch, stiffer springing and alternator. The Lusso variants also sported a 115bhp engine.
Share: