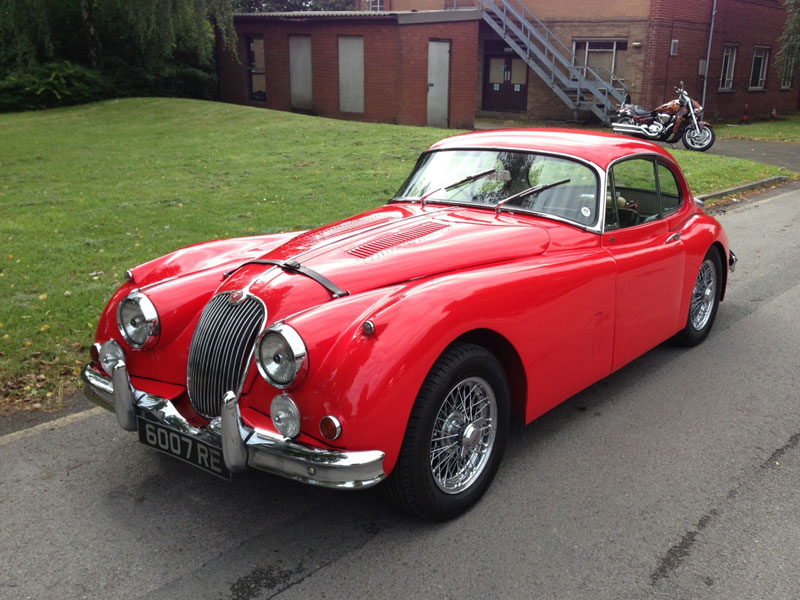 For many the ultimate XK150 variant, the 3.8 litre S model became available in late 1959. Topped by a straight-port cylinder head and fed via triple SU 2-inch caburettors, its straight-six DOHC engine was rated at 265bhp and 260lbft of torque. Equipped with four-speed manual plus overdrive as standard, the model was reputedly capable of 0-60mph in 7.6 seconds and 141mph. Jaguar's performance flagship until the E-Type arrived, the XK150 S 3.8 could be had in Roadster, Drophead Coupe and Fixed Head Coupe guises. However, just 111 of the latter are thought to have been made to right-hand drive specification.

A 'home market' car that was first road registered on 17th November 1959, chassis T825056DN is understood to have been extensively campaigned from the 1960s through to the 1990s and was particularly successful in the hands of amongst others Dave Preece. Featured on the front cover of 'Collector's Car' magazine (May 1980) in full race trim, the Jaguar still sports a Monza-style external fuel filler cap, heavily louvered bonnet and leather-trimmed bucket seats. The subject of recent documented restoration work including a full bare metal respray in 2014, the Fixed Head Coupe plays host to a replacement XK 3.8 litre DOHC engine (complete with straight-port cylinder head and triple SU carburettors). Presently prepared for fast road or mild competition usage (most recently at the Mdina Grand Prix), this rare Jaguar can easily be returned to full FIA race specification. Highly eligible for many prestigious events because of its history and inherent desirability as a XK150 S 3.8 litre, '6007 RE' is offered for sale with V5C Registration, photo restoration record and sundry paperwork.
Share: