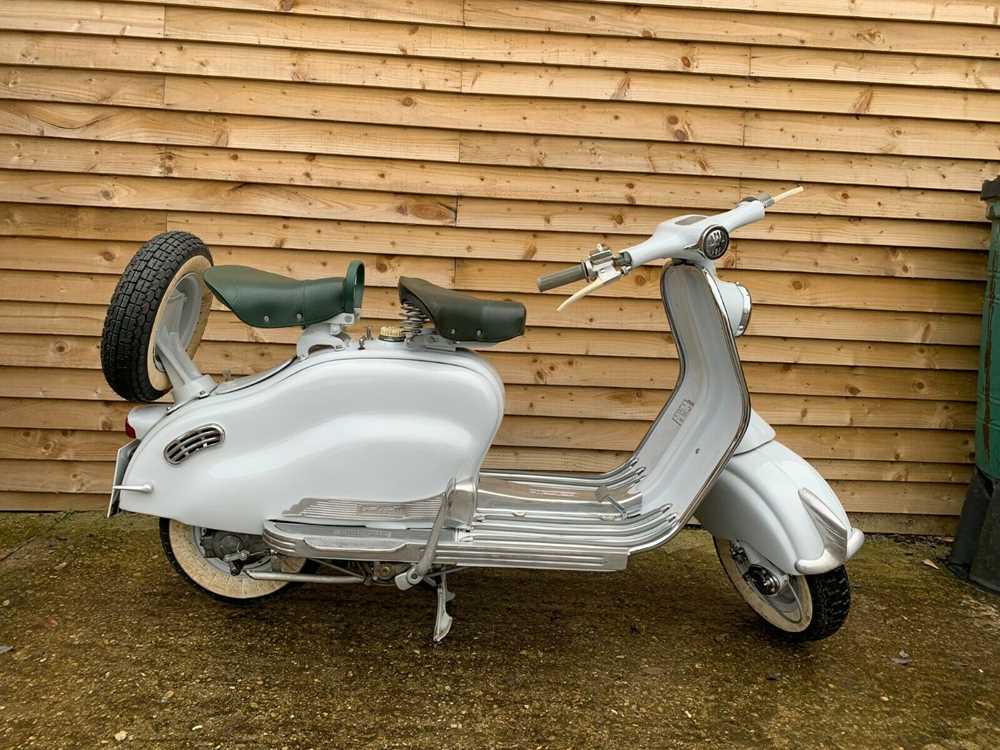 Ferdinando Innocenti had an engineering background centered on the production of steel tubing, having established his first workshop at the age of 18. Following the end of the Second World War, he, like many of his contemporary Italian industrialists required a product that would enable him to rebuild his shattered company based in the Milanese suburb of Lambrate. Therefore the inspiration for the creation of the first Lambretta scooter can be found, like that of the rival Vespa, in the devastation that afflicted Italy following the Second World War and the country's desperate need for affordable transport. The new machine was unveiled at the 1947 Paris Show. Unlike its major rival the Vespa, which had debuted slightly before it, the majority of Lambretta's subsequent production featured a large tubular frame to which the other components were fitted and had suspension at both ends. Power was provided by a two stroke, single cylinder engine initially displacing 125cc although a 150cc variant was quickly added. The Model A and Model B were only offered as "open" models with no enclosure of the engine and only minimal leg-shields and foot-boards but the introduction of the revised model C in 1950 saw the option of an enclosed variant, the LC which established the appearance of the Lambretta for the rest of the fifties. These models were replaced for the 1952 season by the D and LD variants which would evolve through three marks over the next six years. The LD 125's engine produced 4.8bhp, giving the model a top speed of around 45mph and LD production continued until the end of the 1950s.

The LD125 Mk. III introduced in 1957 featured twin 'push and pull' cables to change gear in place of the single Teleflex cable used previously and the speedometer and horn were mounted in a casting which sat on top of the handlebars. There was no longer a toolbox mounted on the inside legshield as it was now incorporated into the rear bodywork and the choice of colours had increased. This beautiful example finished in grey was restored a few years ago and features white wall tyres, including the spare wheel mounted behind the two sprung saddles and alloy trims on the footboards, side panels and front mudguard. Currently not registered the scooter is supplied with a NOVA to aid future registration