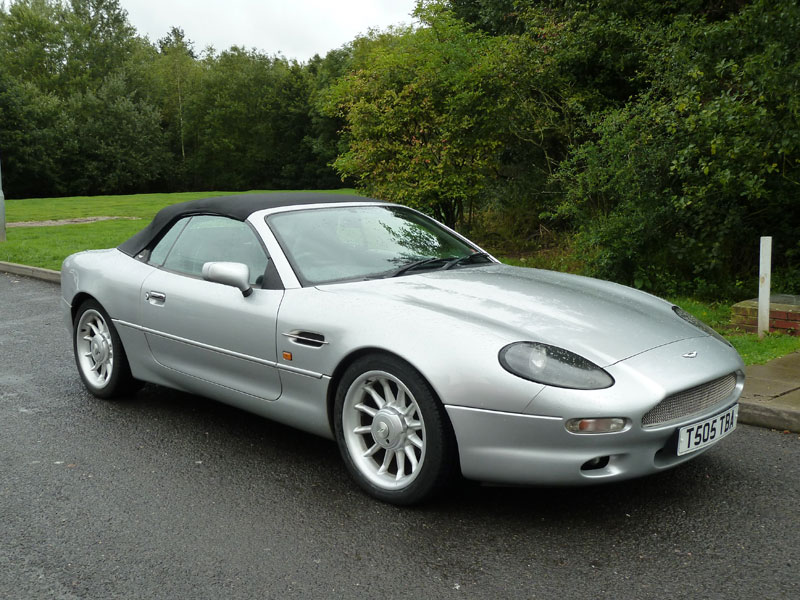 Introduced in 1994, the Aston Martin DB7 was powered by a supercharged 3239cc DOHC straight-six engine allied to either manual or automatic transmission. With a quoted 335bhp / 361lbft of torque on tap, the newcomer boasted 160mph performance. Penned by Ian Callum coincident with the Coupe, the convertible Volante was unveiled at the LA and Detroit Motor Shows of early 1996 - America being the chief market for the company's soft-tops. Just 879 straight-six powered DB7 Volantes were reputedly produced including several limited edition models. The Alfred Dunhill one of 1997 was initially intended to be unique but, under pressure from customers, the factory later agreed to produce a small run of up to 150 examples (though the eventual number was probably nearer 78, the vast majority of which were Coupes). The unique specification featured an exclusive shade of Platinum Silver paint with Charcoal-coloured Connolly hide piped in Silver Grey, brushed aluminium trim panels, white faced dash board instruments, and a Dunhill Millennium clock

This right-hand drive automatic transmission DB7 Volante is number 052 of the Alfred Dunhill limited edition run. According to the vendor, it has been enjoyed by just four owners form new and the low recorded mileage of 63,000 is supported by the Aston Martin/marque specialist service history and MOT records. The vendor describes his much loved motor car as "excellent" with regard to the paintwork and interior and "fully working" with regard to the electrical components, including the power folding roof. He informs us that the DB7 will be freshly serviced before the sale and have two new tyres fitted, and this very rare car is offered complete with Tracker, spare keys, tailored Alfred Dunhill floor mats, a car cover, and a current MOT until October 2016. Surely the perfect addition to any Aston Martin collector's motor house?
Share: