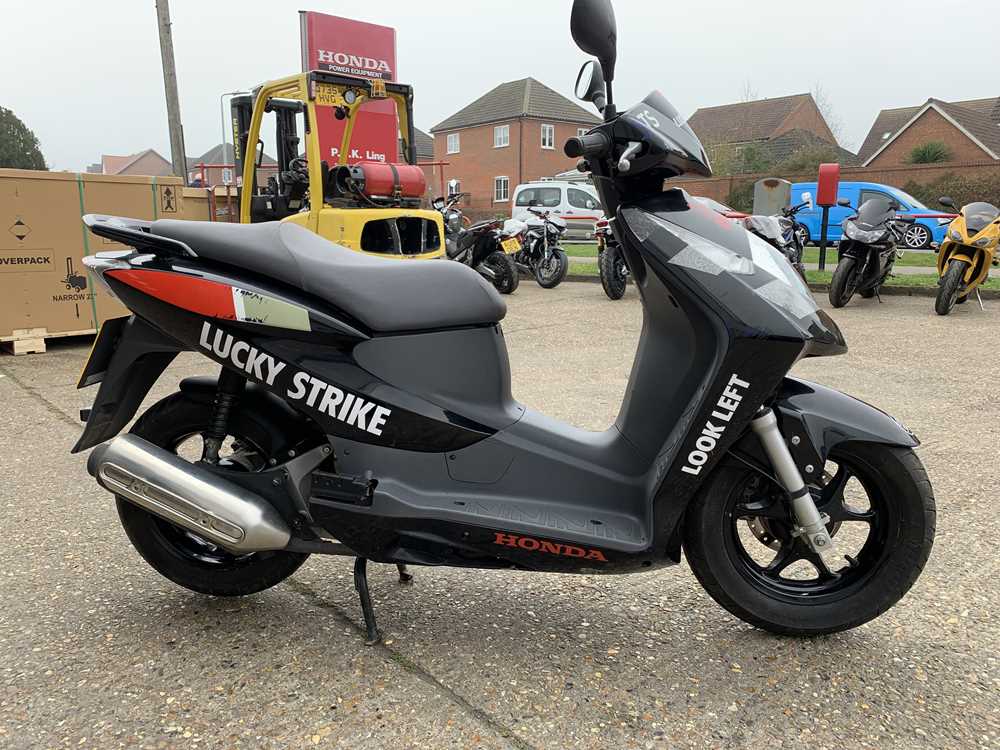 Takuma Sato was signed to race for the Lucky Strike BAR Formula 1 team in 2004 and during that season qualified four times in the top-three, including a front row start and an overall lap record at the European Grand Prix. British American Racing (BAR) was a Formula One constructor that competed in the sport from 1999 to 2005, initially by acquiring Tyrrell using Supertec engines for their first year and subsequently forming a partnership with Honda that lasted for the next six years. Sato's aggressive driving style paid dividends at the United States Grand Prix where after the team did not pit under safety car conditions, Sato fought back with some daring overtaking moves to score his first podium finish and the first for a Japanese driver since Aguri Suzuki at the 1990 Japanese Grand Prix, ending up 8th in that years Drivers Championship.

This Honda SES125 Dylan was Takuma Sato's personal paddock scooter during the 2004 Grand Prix season and was finished in the team colours of Black with various Lucky strike logos. Owned by Honda Europe it was originally registered in Holland but has since been registered in the UK and comes supplied with a current V5C. The vendor has recently had it serviced by his local Honda dealer and is MOTd until March 2023.

TRANSPORT
Shippio will be onsite to assist with all of your transport requirements.