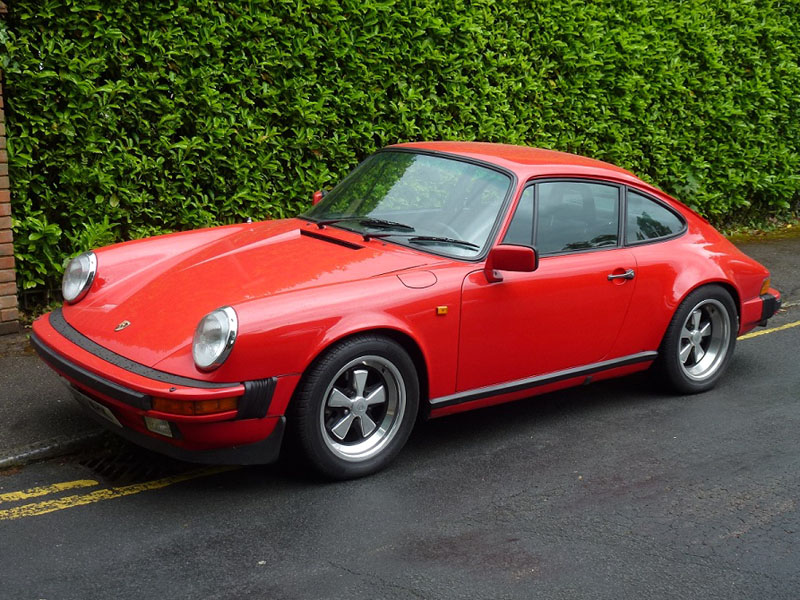 Developed under the watchful eye of Porsche Chief Executive Peter Schutz, the 911 Carrera 3.2 made its debut at the September 1983 Frankfurt Motor Show. Estimated to be eighty percent new, the model's 3164cc (hence '3.2') flat-six engine was credited with developing some 231bhp and 209lbft of torque. Allied to five-speed transmission, it proved both rev-happy and flexible. Reputedly capable of 0-60mph in 5.3 seconds and 153mph, the Carrera 3.2 was progressively developed over the course of its six-year production run and is now feted by many for being the last of the torsion-bar suspended 911s.

According to its accompanying Porsche Certificate of Authenticity, this LHD example, chassis 100995, was supplied new to Switzerland. Finished in classic Guards Red, the clean lines are accentuated by the lack of a rear spoiler and sunroof delete option. An LSD is fitted and a heated front screen was originally specified, an invoice on file detailing a new screen being fitted by Strasse in 2016. Imported to the UK in July 2014 from America, and assigned the registration A103 WHK, it was immediately treated to a suspension geometry alignment by Lee Mayor Restoration. Displaying some 80,300 miles on its odometer, the vendor rates the bodywork, engine, electrics, paintwork, transmission and grey / black Recaro interior as being in "excellent" condition. Offered with Swansea V5C and MoT to April 2018, this appealing 911 is said to drive extremely well.
Share: