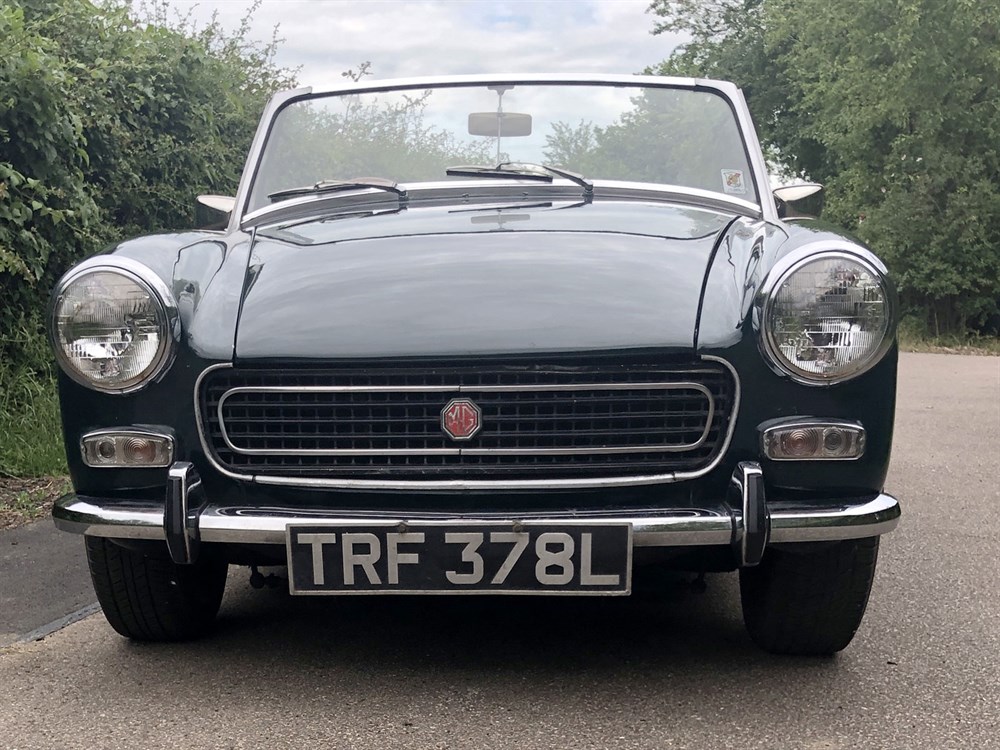 According to the accompanying Heritage Certificate, 'TRF 378L' departed the Abingdon production line in August 1972. Finished in Mallard Green teamed with Mustard-coloured interior trim, it has remained in the same ownership since 1993 and was restored around a new Heritage bodyshell in 2004, the work on which was carried out by Beer's of Houghton. The MG now displays an unwarranted 50,969 miles and is considered by the vendor to have 'excellent' paintwork, 'very good' bodywork, engine and four-speed manual transmission, and 'good' interior trim. With the MKIII Midget of 1966, came an increase in engine capacity from 1,098cc to 1,275cc and an improved hood system. A minor facelift in 1969 saw a move to black sills and a black recessed grille. A total of 100,246 MKIII models were manufactured between 1966 and 1974 and many enthusiasts of the marque consider the chrome-bumpered round-arch examples of 1972-1974 to be the most desirable of all the Midgets.