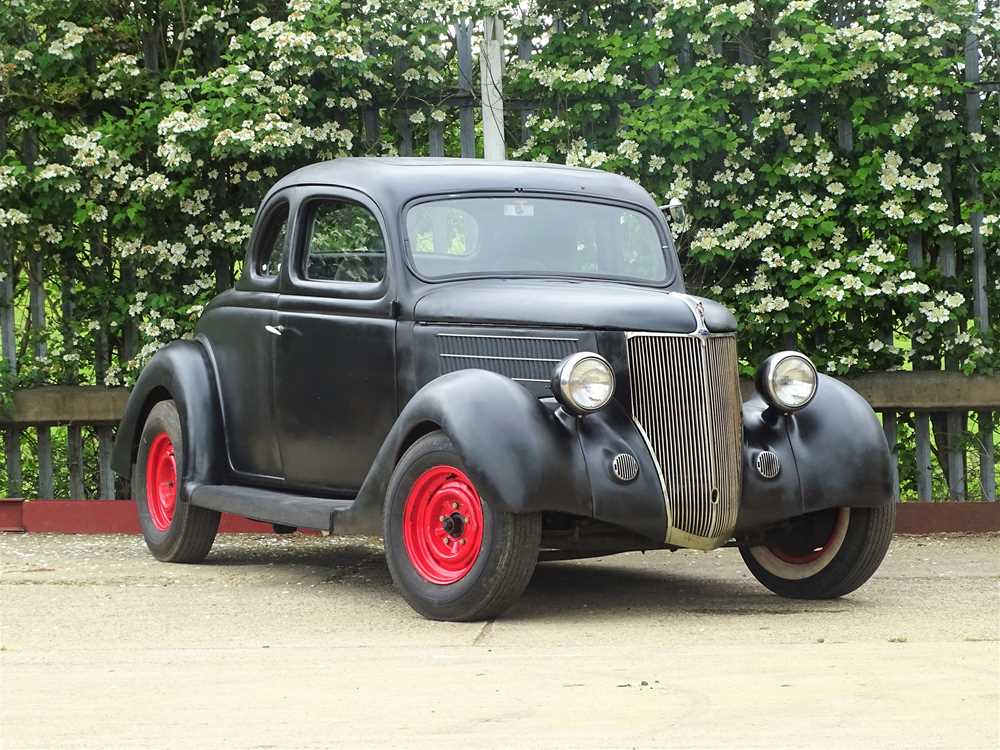 Introduced for 1935, the Model 48 featured a relocated 3622cc V8 sidevalve engine and transverse-leaf springs that sat outside its wheelbase. The result was `The Ford Centerpoise Ride - Smooth as a Swing' and lower-slung bodywork the combination of price, practicality, and looks vaulted the company ahead of rival Chevrolet for the sales crown that year, with 820,000 units sold. A major advance was a true integrated boot on the saloons. A standard model and Deluxe option were available with extras being offered including an oil pressure gauge, two windscreen wipers instead of just one for the driver and a radio. Long sought after by the hot-rodding community the sale car is one such example. Imported into the UK in 2017 from Tennessee the Ford is offered with US Title and Nova import number. Fitted with a Chevrolet 327ci V8 engine, 4-barrel manifold plus 3-speed automatic transmission the vendor informs us the Ford will require a degree of recommissioning before returning to the road and currently grades the engine, transmission, interior, electrical equipment, bodywork and paintwork as ‘Average’. An unusual but rewarding project.